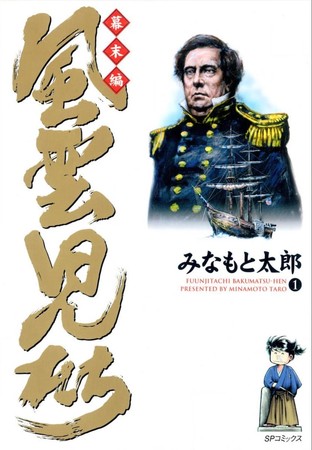 Manga creator Tarō Minamoto passed away on August 7 due to heart failure. He was 74.

Minamoto was born in Kyoto in March 1947, and he made his debut in 1967 with his manga “Aniki Kanpai” (Cheers to My Brother) in Shueisha‘s Bessatsu Ribon magazine.

Minamoto is perhaps best known for his Fūnji-tachi (Soldiers of Fortune) historical comedy manga series, which he began in 1979, and for which he was awarded the Special Award for the Tezuka Osamu Cultural Prize in 2004. The sequel manga Fūnji-tachi: Bakumatsu-hen also won a runner-up award in the “Minister of Education, Culture, Sports, Science and Technology Fine Arts Recommendation Awards” in 2010. The original manga more recently won the 49th Japan Cartoonists Association Awards’ grand prize in 2020.

The original manga inspired a live-action series on NHK in 2018, and also inspired a kabuki stage adaptation in 2019.

Minamoto launched Fūnji-tachi: Bakumatsu-hen in 2002, and the manga will now remain unfinished. The October issue of LEED Publishing‘s Comic Ran magazine stated on August 27 that the magazine’s November issue will feature a memorial to Minamoto.

In a Struggling Anime Workplace, “Cool Japan” Feels Like a Joke