Company opens preorders for Uchikano – Living With My Girlfriend

MangaGamer announced during its Otakon panel on Saturday that it has licensed the Love Sweets, Seventh Lair, Namaiki Dark Elf Sisters, and Erovoice! visual novels. The company also announced preorder openings for Uchikano – Living With My Girlfriend, which launches on August 26. 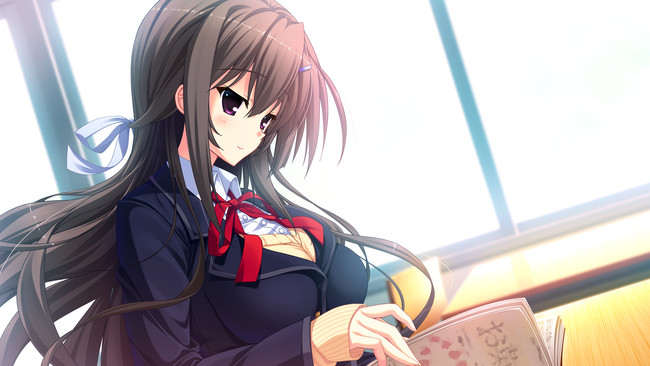 Love Sweets (pictured above) is a visual novel from MOONSTONE, creators of Princess Evangile and Magical Marriage Lunatics.

Itsuki enjoyed his school life with his friends, but he’s soon left high and dry when he learns they have all found girlfriends over spring break. Determined to score a partner of his own, he lands a part-time job at a cafe where a bunch of cute girls work!

Enjoy a sweet and charming tale of budding romance with a childhood friend, a beautiful honor student, an energetic girl from out of town, a caring upperclassmen, or a little sister in this tale of young love and happy days together.

Seventh Lair is a visual novel from Novectacle, creator of The House in Fata Morgana.

The story follows the dejected Dark†Knight, a 27-year-old indie game developer living at the bottom of the social hierarchy. With his career hanging on by a thread and the regulars on his forums criticizing, trolling, and clamoring for his next release, he declares that his next game will premiere on April Fool’s. On the ill-fated day, both creator and fans are suddenly sucked into a fantasy world based on his game and forced to figure out how to clear his buggy, unfinished, monstrosity. As frustrations rise and tempers flare, the players’ raw emotions and experiences begin to leak out as they are denied the protections of their online handles. What truths lie behind the masks of their personas? Can they survive the game and each other? Or will they manage to find their way back to reality together?

Yoko Kanno: What's She Been Up To?