The official website for the television anime adaptation of George Asakura‘s Dance Dance Danseur manga revealed the main staff and the first visual for the anime on Wednesday. 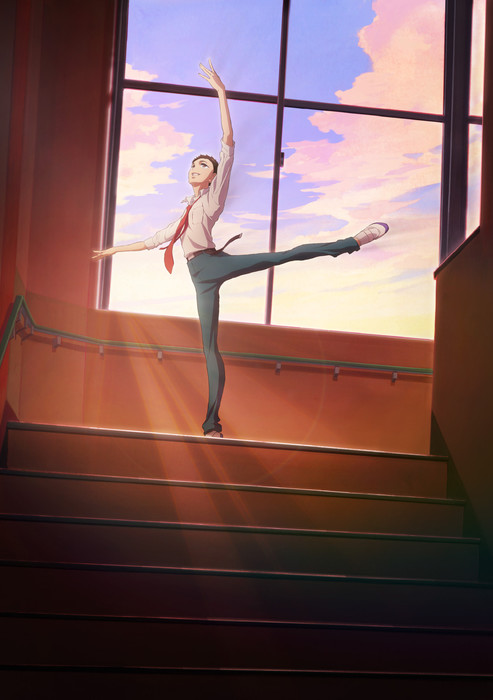 Munehisa Sakai (Zombie Land Saga) is directing the anime at MAPPA. Yoshimi Narita (My Senpai Is Annoying, Our love has always been 10 centimeters apart.) is in charge of series composition. Hitomi Hasegawa (Twittering Birds Never Fly: The Clouds Gather animation director) is designing the characters.

The anime will premiere in 2022. The project marks the first time a manga by Asakura is getting an anime.

The manga centers on Junpei Murao, who was fascinated with ballet as a child, but in his second year of middle school, his father passed away and he decided he needed to become more “masculine,” and he gave up on his aspirations. While still having an attachment to ballet, he takes up the martial art of Jeet Kune Do, and becomes popular in his class. Then one day, a new transfer student named Miyako Godai arrives in Junpei’s class, and her mother runs a ballet studio. Miyako realizes that Junpei is interested in ballet, and invites him to do ballet together.

Asakura (A Perfect Day for Love Letters, Piece of Cake, Drowning Love) launched the manga in Shogakukan‘s Weekly Big Comic Spirits magazine in 2015. The manga’s 20th volume shipped on April 12, and the 21st volume will ship on September 10.

My Villain Academia: Is This Twice's Big Moment? - The ANN Aftershow