Type-Moon also streamed two new character reveal videos for the game in the past two weeks. The first video shows returning character Miyako Arima, while the second video features the character Noel, a new character that features in the rewritten story for the Tsukihime -A piece of blue glass moon- remake. 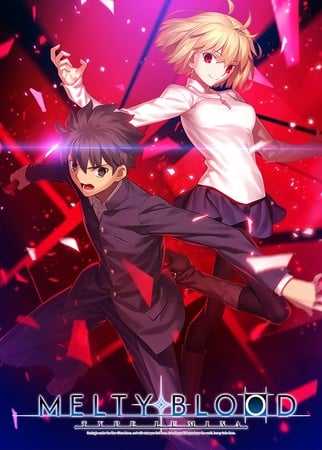 The game will launch for Nintendo Switch, PlayStation 4, Xbox One, and PC via Steam on September 30.

The game will have text in Japanese, English, Traditional Chinese, Simplified Chinese, and Korean. French Bread is developing the game.

Kinoko Nasu is returning to write the scenario and direct the remake, and Takashi Takeuchi is also back as character designer. ReoNa is performing the theme song “Seimeisen” (Lifeline) with the label Sacra Music, and ufotable is animating the opening.

The game will use the Tsukihime -A piece of blue glass moon- remake game as a base for its worldview, and will be a completely new work. The game will feature more than 10 characters, including Shiki Tohno, Arcueid Brunestud, Akita Tohno, and Ciel. Each character will have 10 color variations, as well as their own story.

Tsukihime -A piece of blue glass moon- is the remake of Type-Moon‘s Tsukihime dōjin visual novel game, and it released for PlayStation 4 and Switch on August 26.

Sasakishonen drew a manga based on Tsukihime beginning in 2004, and DrMaster released six of the 10 volumes of the series in English. Takeru Kirishima began a manga based on the sequel, Melty Blood, in 2006 and Kadokawa Shoten published the ninth and final compiled volume in 2010.