Before diving into the meat of this review, I feel it’s important to mention that it is coming from a newcomer to the series, and that I ran some short stints into Metroid: Zero Mission and Fusion in order to lend some context to my opinions. What occurred to me after playing them was that Dread is important to the franchise because it mitigates and streamlines the more frustrating aspects of its predecessors while playing up the design elements that these games have always nailed. On top of all the absolutely solid gameplay, Dread also offers more characterization for Samus Aran between two lines of dialogue and ten hours of gameplay than any other game in the series manages. She is the perfect blend of Master Chief’s swagger and Doom Guy’s stoicism (both of whom she predates) that I never knew I needed in my life. Frankly, I’m too impatient to wait to tell you how good this game is. Metroid Dread is the perfect entry for series newcomers such as myself and should not be missed by anyone wanting to take part in such a storied franchise. Dread does not simply represent a return to form for the Metroid series – it is Samus Aran, back better than she’s ever been before. Let’s discuss why. 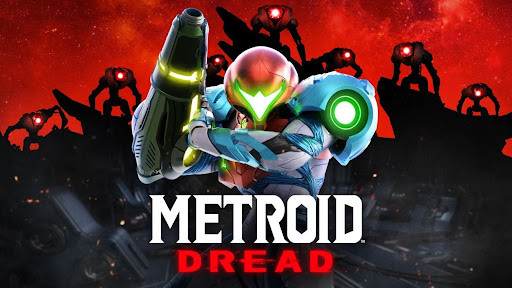 More than any other element of their gameplay, these games are notorious for their contentious map design: sprawling 2D mazes where progress and secrets are often blocked off by access to certain abilities and keys. They have always been central to these games, and likewise divisive amongst players. Getting these maps sized properly and offering the right amount of guidance through them is an easy mark to miss. Make them too big or cumbersome to navigate, and backtracking becomes a common and tedious chore. Holding the player’s hand too tightly might annoy those who are drawn in by the game’s core values of player choice and freedom, but insufficient guidance may also cause players to get frustrated and end their playthroughs prematurely. These mazes function as the core “puzzle” of the Metroid games. They force players to use their memory and current map knowledge in order to decide where they’ll explore next, making discovery after discovery until they eventually “solve” the map. This design was first pioneered in the original Metroid on the NES, and love it or hate it, it has become deeply embedded into the Metroidvania genre itself. Hollow Knight, Ori, and Axiom Verge all tout this puzzle-map design to varying effect, but they all arguably get the balance right. The Metroid games, on the other hand, struggled with finding this balance for a long time. Earlier games in the franchise were spread too wide, full of opportunities for players to get lost or stuck. The absolute reliance on a player’s memory to inform their objectives was a very alienating choice, albeit one that would give players who made significant advancement a sense of accomplishment over their progress. Emerging almost as an overcompensation for this shortcoming would be the heavy-handedness of later games like Fusion, which explicitly guides players toward objectives throughout its playtime. To be fair, this also adds a lot of capacity for narrative focus, which Fusion takes advantage of. Metroid Dread, however, is a happy union between these qualities, making its detailed map the key that allows it to be so enjoyable for longtime fans and newcomers alike. 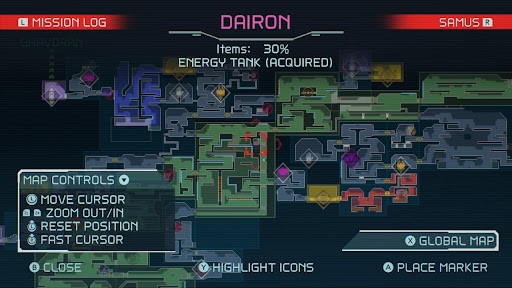 Dread‘s map design is subtle in its intentions and deceptive in its simplicity. The first hour or so of the game is a masterclass in quiet tutorial design. Without most players realizing it, the game guides their actions, attentions, and movements precisely towards where they need to be with decisive enemy and object placement. It quietly funnels players into a desired route for a while, before opening up the map more and more as Samus acquires new abilities. This allows room for speedrunners to activate sequence breaks (beating the game outside of the intended linear order) and completionists to solve item-collecting puzzles and challenges, which become very complicated once the shinespark ability is attained. When players inevitably do become somewhat overwhelmed with their options and are unsure of where to go, the map provides tools they can use to pave the way forward without actually giving them the answers to their questions. 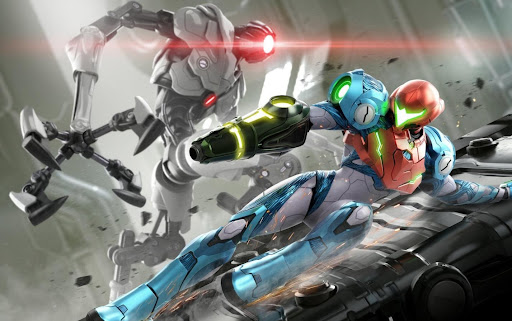 The gameplay of Dread is similarly spectacular. A lot of the DNA from Samus Returns – Mercury Steam’s first Metroid project – is present here, albeit with the fat shaved off the bones. The melee counter is back, with a much-needed stipulation that Samus can now use it while she is moving. Aiming is done in a full 360 degrees, and feels great on the Switch Joycons, which I preferred over my usual GameCube controller for this game. There’s a healthy variety of enemies as well, which is a big upgrade from the last game where enemy variety felt particularly lacking. Admiitedly, there are a lot of similar-looking designs here, but the variance comes more so from how they interact with you rather than how they look. Some enemies will fly around in the air and shoot projectiles in all directions, some will cling to walls and shoot beams of fire or spread acid all over. Some will electrify floors and shoot out tongues at you. Robotic enemies are particularly difficult to destroy by typical means, usually presenting more of a threat and specifically asking for a well-timed counter or even a longer, more drawn-out battle in order to take them down. The introduction of the E.M.M.I. was easily the highlight of the game. Every encounter with one was dreadfully memorable. I held my breath each time I had to trek through one of their assigned zones, and audibly cheered every time I was able to actually take one out. The great thing about dealing with the E.M.M.I. is that their AI functions in such a way that they’re not easily cheesed. Each time one pursued me, it took all my skill and every tool at my disposal to safely avoid them. In the situation one does catch up to Samus, she gets two parry opportunities to knock it away and escape. These parry windows are tiny, so in the rare instances I escaped, I felt a deep wave of relief wash over me. In all my years gaming, I have never experienced the same unease and rush of adrenaline I feel escaping the E.M.M.I, and it is an achievement unto itself that Metroid Dread could deliver such a unique experience to me. 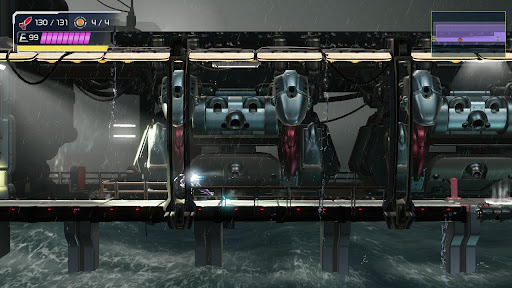 Accompanying all of this are the visuals, cinematics, and sounds of the game – all of which deserve praise. The music here might be the weakest link. None of the tracks are particularly memorable, but they’re all serviceable for creating the intended atmosphere. Sound design, on the other hand, is fantastic. The ambient noise, item-collection notifications, and combat sound effects are all incredibly detailed and satisfying. Backgrounds are visually dense and dynamic. There are a lot of small motions going on behind Samus that make the environments feel alive, and the visual quality isn’t lacking. The camera is often pulled in close to Samus, so players won’t notice much of it, but every once in a while the lens pulls back, beckoning you to just take it all in. The implementation of Dread‘s dynamic camera cannot be understated. The camera pulls and twists in cinematic ways during combat and exploration that feels organic, but allows the game to achieve some cinematically stunning moments that give the story that much more hype.

I’ve said enough how important I feel this game will be to the Metroid franchise. Dread, I’m sure, will prove to be a stepping-on point for many new fans, and proves that the Metroid franchise can hold its own against modern metroidvanias like Ori and Hollow Knight. Dread delivers on a short but compact game that is high octane and infinitely repayable. It is nothing short of a masterpiece, and I only hope that what I would call the best game of 2021 does not go missed by audiences.