The updated game will include new features such as additional save slots, Freeze slots, and Monster Hall of Fame slots, memos, rankings, and a high-speed mode. The game will allow players to search a database to find specific CDs and generate a monster from its data, replicating how the original games used real, physical CDs for monster creation. The Japanese version will feature monsters that were previously only in the Western versions.

The Japanese release will get a 25th Anniversary Edition that includes a golden Mocchi figure, soundtrack, books, a secret CD, and a Mocchi backpack. 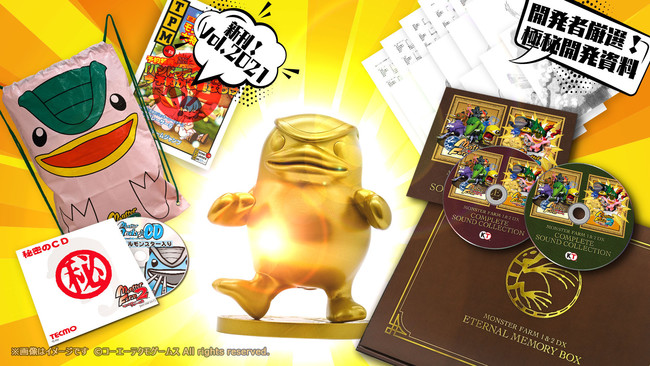 The first game in the Monster Rancher series debuted for the PlayStation console in 1997. The game tasks players with raising a variety of monsters to fight in tournaments, with the game deciding how to raise the monster, which then determines how the monsters fight. A notable feature of many games in the series is the ability to generate a random monster dependent upon discs that the player provides for the game to read.

Monster Rancher 2 initially debuted for PlayStation in Japan in February 1999. The game then launched in North America in August 1999 and in Europe in October 2000.

The Sparkling Stage of Kageki Shoujo!! - This Week in Anime