Hashimoto tested positive on July 27, was ‘1 step from being put on heart–lung machine’ 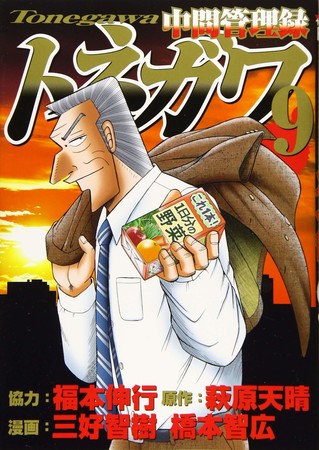 Manga artist Tomohiro Hashimoto reported on Friday that he was hospitalized after testing positive for the new coronavirus disease (COVID-19) on July 27. However, he was not able to find a hospital that would admit him for over a week, despite contacting health centers every day. Only when he personally called for an ambulance on August 4 was he admitted into the Tokyo Medical University Hospital.

Hashimoto then added, “That’s when my hell began.” He was surrounded by many doctors and was asked questions before being stripped naked. “Oh … this is serious …,” he thought as he lost consciousness. When he woke up again, his entire body was hooked up to tubes in the intensive care unit. He was completely immobile.

Hashimoto said he was one step away from being put on an artificial heart–lung machine. The pneumonia caused by COVID-19 had spread, and the x-rays of his lungs were completely white. He noted that once COVID-19 had progressed to pneumonia, the patient does not quickly recover. (Although he is not experiencing aftereffects now, he expects to have difficulty breathing.)

He attributes the only possible cause of his sickness to going drinking with a friend at an izakaya bar. It was an underground bar, and he believes it was not well-ventilated. He also thinks he neglected to disinfect his hands. Looking back, Hashimoto recognizes that thorough disinfection is important, and that wearing a mask while going to the bathroom is also a good idea.

After this, Hashimoto thinks he will draw a manga, since he wishes to tell people that COVID-19 is more than a common cold. He also vows to change his lifestyle, including quitting smoking.

Hashimoto was a manga artist for the Kaiji spinoff manga Mr. Tonegawa: Middle Management Blues (Chūkan Kanriroku Tonegawa). The manga launched in Kodansha‘s Monthly Young Magazine in 2015 with collaboration from Kaiji creator Nobuyuki Fukumoto. The series then switched to Comic Days in March 2018. The manga ended in June 2020. Tensei Hagiwara wrote the series, and Hashimoto and Tomoki Miyoshi provided the art. Kodansha published the 10th compiled book volume in August 2020. The series ranked at #1 on the top 20 list of manga for male readers in the 2017 edition of Takarajimasha‘s Kono Manga ga Sugoi! (This Manga Is Amazing!) guidebook.

The series inspired a television anime that premiered on NTV‘s “AnichU” programming block in July 2018. Crunchyroll streamed the series with English subtitles as it aired, and HIDIVE streamed an English dub. Sentai Filmworks released the anime on Blu-ray Disc in October 2019.

Does It Hold Up?: Martian Successor Nadesico