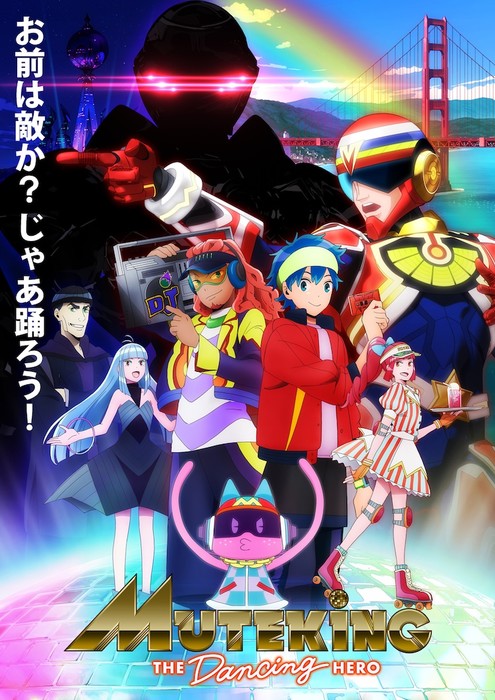 The anime will premiere on TV Osaka and TV Aichi on October 2, and on Tokyo MX and on BS NTV on October 3.

Tatsunoko Pro is credited with the original work, and Utomaru (THINKR) is credited with the original character designs. Hiroshi Sasagawa (episode director for Tondemo Senshi Muteking) is the executive director, and Ryousuke Takahashi (Cyborg 009) is the chief director. Yuuzou Satou (CGI director for Flowers of Evil, C – Control – The Money and Soul of Possibility) is directing the anime, and Masafumi Sato (Denki-Gai director) is the assistant director and battle dance director. Tatsunoko Pro and Tezuka Productions are producing the anime. Yūji Kondōu (Layton Mystery Tanteisha: Katori no Nazotoki File, The Snack World) is overseeing the series scripts, and Takamitsu Shimazaki (Hakushon Daimaō 2020) and Takeshi Masuda (theme song arrangement for Psychic Squad, Snow White with the Red Hair) are composing the music.

The anime will star: 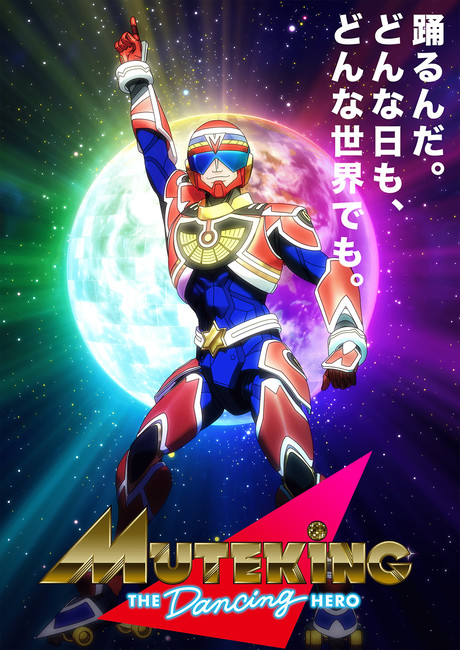 The companies hosted an audition for who will voice the titular character Muteking (the name is a pun on the word “muteki,” which means “invincible”).

The original anime aired for 56 episodes in 1980-1981, and has not received a release in English. The anime took place in a city modeled after San Francisco at the time, and featured a protagonist who could transform into “Muteking” to fight evil aliens. The anime became known for its novel design and music.