Good Smile Company will release nendoroids of My Hero Academia‘s Katsuki Bakugo, Izuku Midoriya, and Shoto Todoroki in their “stealth suit” costumes from the film My Hero Academia THE MOVIE: World Heroes’ Mission. 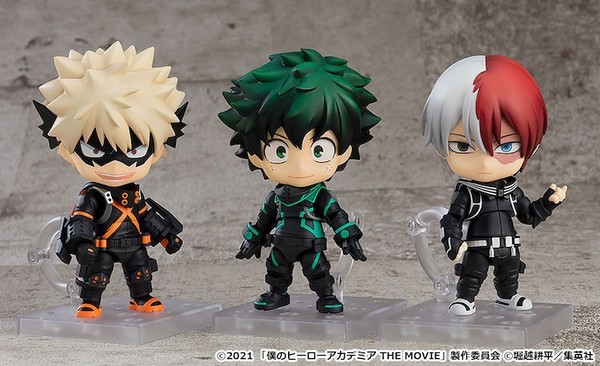 Each nendoroid comes with three face plates of different expressions as well as effect parts for recreating the characters’ various Quirks, such as a “SMASH!!” text plate for Deku and Bakugo’s explosions. The Nendoroids are priced at 6,600 yen each (around US$60) including tax, and can be pre-ordered at GOODSMILE ONLINE SHOP and Toho Animation STORE.