The official website for Aimer and Ryo-timo‘s original short anime project Night World (Yoru no Kuni) began streaming a trailer on Monday for the third episode, or “night,” and it reveals that the episode will premiere on September 12 at 11:00 p.m. JST on Aimer‘s YouTube channel. The anime has cast M.A.O. as Aki, who will appear in the third episode, titled “4:00 no Tegami” (Letter of 4:00).

The website unveiled a new key visual by illustrator Nomiya. 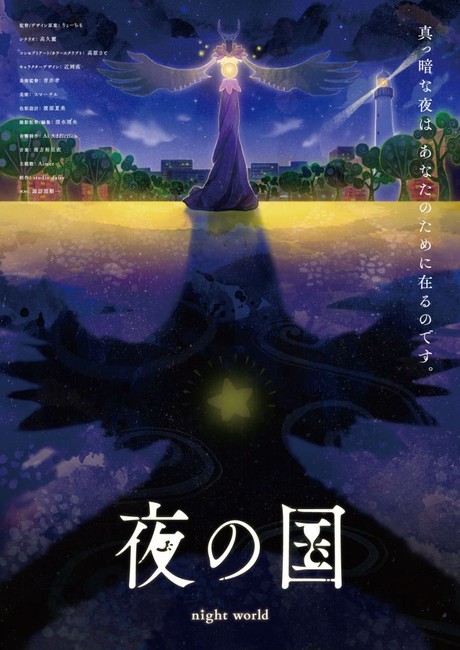 The third episode will get an advanced screening at the Aimer 10th Anniversary Live in SAITAMA SUPER ARENA “Night World” event, which takes place on September 11-12. 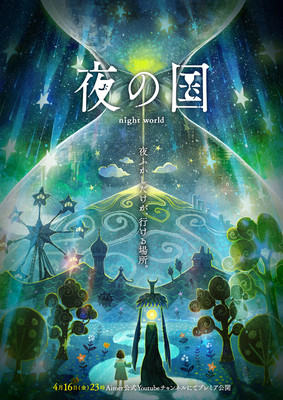 The first “night” debuted on April 16. The second “night” premiered on May 28.

Ryo-timo or Ryōsuke Sawa (Evangelion: 1.0 You Are [Not] Alone key animator, Yozakura Quartet ~Hana no Uta~) is directing the project at studio daisy, and he is also in charge of the original designs and storyboards. Rei Takaku wrote the scenario, and Sato Takahara is credited with concept art and color script. Yūya Fukuda is designing the characters, Sunao Chikaoka is the sub-character designer, Takashi Aoi is the art director at Smartile, and Natsumi Watanabe is the color key artist. Rio Shimizu is the compositing director of photography and editor. Yurie Minamikata is composing the music, and Ai Addiction is handling the sound production.