Shinta Fuji‘s story of adventurers betrayed by others, united in their distrust of people 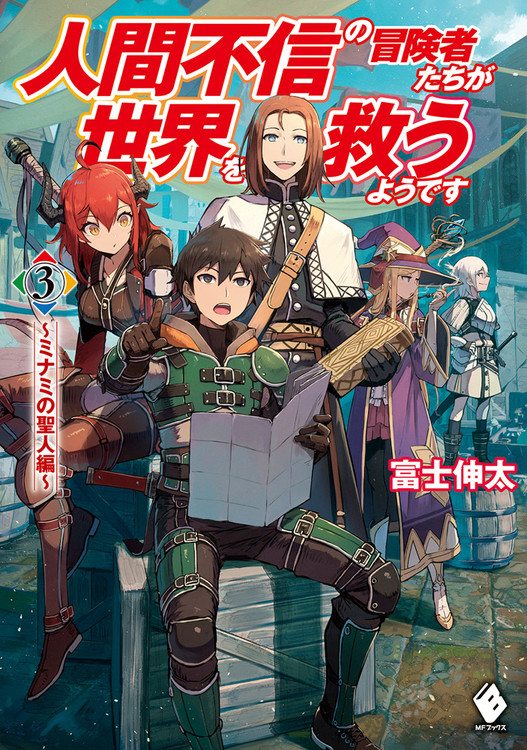 The story begins one day when Nick, who was part of a battle-tested adventurer party, is banished by his leader whom he looked up to like a father. Nick was falsely accused of embezzlement, despite supporting his slovenly companions with funds and knowledge. He is even dumped by his lover.

However, Nick ends up at a tavern, sharing a table with the daughter of a former noble family, an excommunicated priest, and a female dragon warrior. The other three are also adventurers who have lost faith in people after being betrayed by someone.

Nick and the others consider joining forces, united by their distrust of anyone else. Thus, they form their own adventurer party to survive.

Fuji launched the light novel series on the Shōsetsuka ni Narō website in January 2019, and MF Books imprint will publish the third print volume with illustrations by Susumu Kuroi on August 25. Masaki Kawakami is adapting the story into a manga, and Kadokawa will publish the fourth volume on September 21.

Kuroi drew the following illustration to celebrate the anime news: 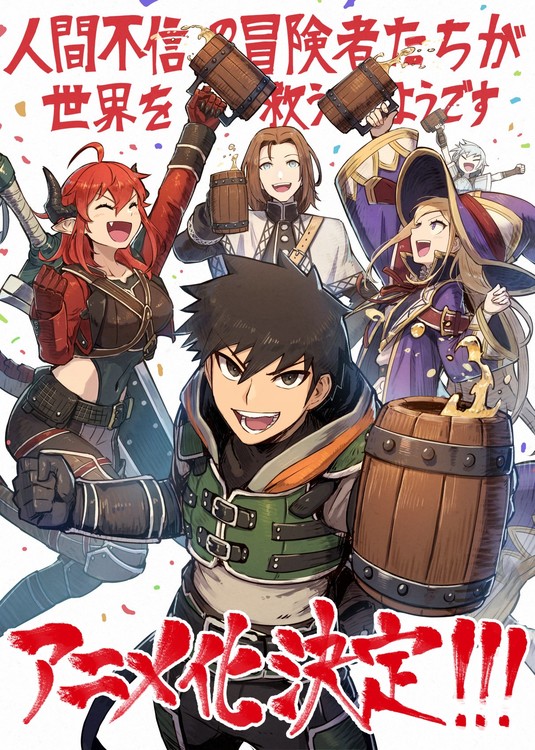