Yamato appears in anime’s next episode on September 5

The official Twitter account for Eiichiro Oda‘s One Piece series announced on Tuesday that the anime has cast Saori Hayami as Yamato. The second episode of the “We Are One!” mini-series of five short drama videos previewed Yamato’s voice:

Yamato will appear in the next episode of the anime on September 5. Hayami announced her casting on the series’ official YouTube channel:

The 100th manga volume of Oda’s One Piece manga will ship on September 3. The manga has surpassed 490 million copies in circulation worldwide as of July. That includes over 400 million in Japan and 90 million in at least 57 countries and regions overseas. 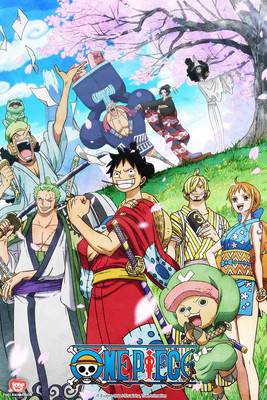 Oda said in an interview in August 2020 that he plans to end the story in four or five years.

The ongoing anime adaptation premiered in 1999.

“We Are One!” is a mini-series of five short drama videos commemorating the 100th One Piece manga volume and the 1,000th One Piece anime episode.