The official website for Aniplex‘s original anime film Hula Fulla Dance began streaming a new trailer for the film on Thursday. The video reveals more cast members for the film, and also reveals and previews the film’s theme song “Sunflower” by Philosophy no Dance. 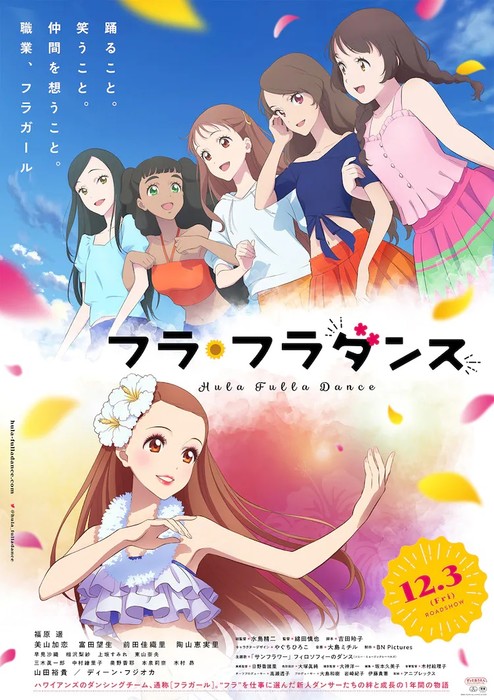 The film’s story centers on Hiwa Natsunagi (played by Haruka Fukuhara), a novice at hula dancing who nevertheless takes a job as a hula dancer at the real life Spa Resort Hawaiians hotel. The film shows the relationships between her and her colleagues. The same hotel in Iwaki city, Fukushima was also the setting for the popular 2006 film Hula Girls. Iwaki is also the setting for Gaina‘s Hulaing Babies anime, which is similarly centered on hula dancing.

Dean Fujioka (left in image below) plays Ryōta Suzukake, a senior employee that everyone at the Spa Resort Hawaiians hotel looks up to. This is Fujioka’s debut voice acting role. Yuki Yamada (right) plays Kazuto Taira, a manager who enjoys playing the fool but shares the good times with the bad with the main lead Hiwa and the other employees. 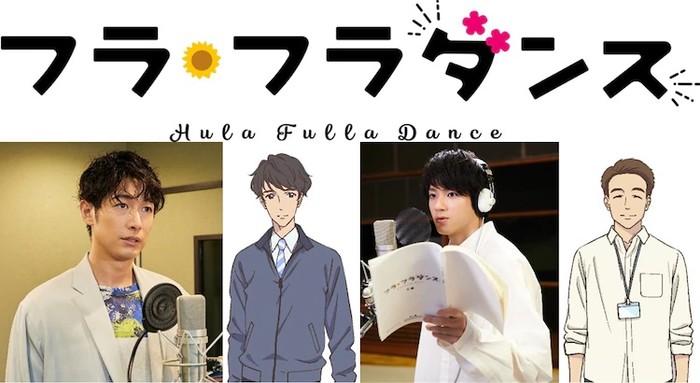 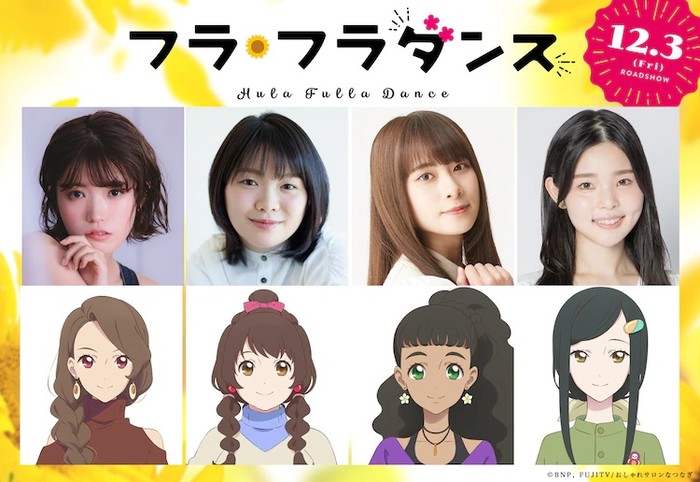 Other cast members include (Note: Character name romanizations are not official.):

(Left to right in image above) 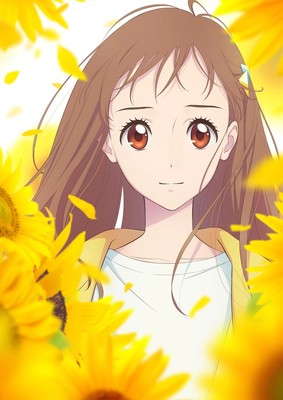 The anime, which is set in the Fukushima prefecture, is one of three anime projects that are part of the larger “Zutto Ōen Project 2011 + 10…” initiative aimed at promoting Miyagi, Iwate, and Fukushima. (The other two anime projects are Bakuten!! and Misaki no Mayoiga.) The “Zutto Ōen Project 2011 + 10…” is in remembrance of the 2011 Tōhoku earthquake and tsunami 10 years ago.

The film has a manga adaptation that is running in Kadokawa‘s Monthly Comic Alive magazine.