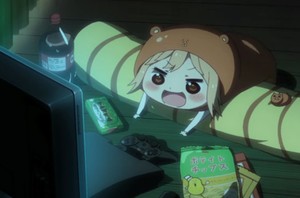 Alejandro Rojas, director of applied analytics at the market research firm Parrot Analytics, said in an interview with Variety that global consumption of anime has “nearly doubled since 2017.”

The data, as reported on by Variety, also indicates that the existing anime output is not keeping up with global demand. According to Parrot, 4.7% of global viewer demand was for anime content in the May 2020 to April 2021 period, while only 3.2% of shows fit the category.

The data further indicates that Hulu is the most popular streaming subscription service in the U.S. according to viewing time. In the second quarter of 2021, Hulu held a 21.4% share of viewing time. Its closest rival was Netflix at 18%. Disney Plus had a 4.6% share, while Crunchyroll and Funimation claimed 3.5% and 2.7% shares respectively.

Rojas commented on Sony‘s acquisition of Crunchyroll, saying that the deal would be a win for Sony if it can attract a larger number of subscribers. However, he also drew a distinction between anime “super fans” and casual users, saying that if the latter group is behind the growth, then larger streaming platforms such as Netflix and HBO Max “offer the genre as part of a more complete catalog of programming may capitalize growth expectations.”

Nevertheless, he stated that the gap between the anime industry’s total output and the global demand “represents an expansion opportunity for more anime titles.”

According to financial research firm Teikoku Databank’s 2019 report on the anime industry, production might be unable to keep up with increased demand, despite foreign investment from abroad. In this state, productions are likely to see tight schedules and corresponding decreased productivity, which may result in decreased revenue in the very long term. Prospects for 2020 and beyond are likely to include more adjustments to better work conditions for animators. This reflects growing awareness of workplace conditions and the larger move for Japanese mid-sized businesses to reduce overwork, but all balanced against the cost of implementing this change.