Added to wishlistRemoved from wishlist 0
Add to compare
$31.99 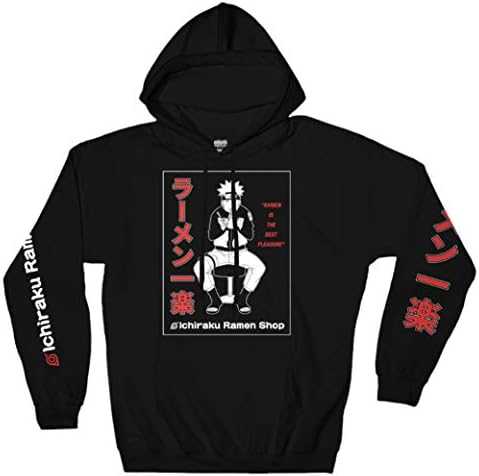 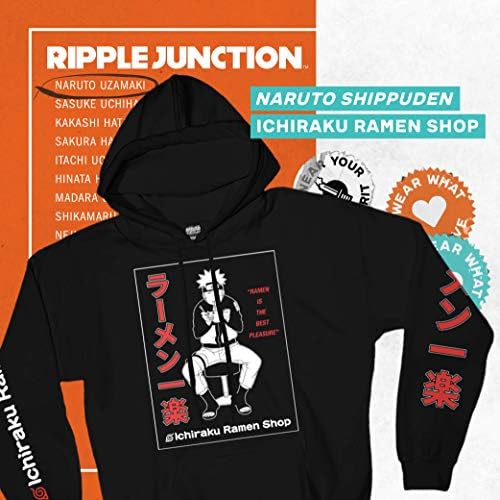 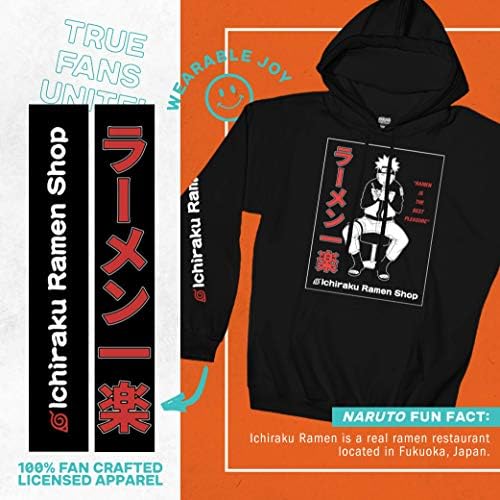 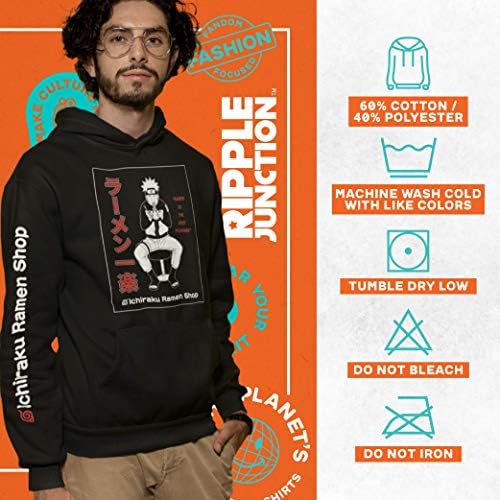 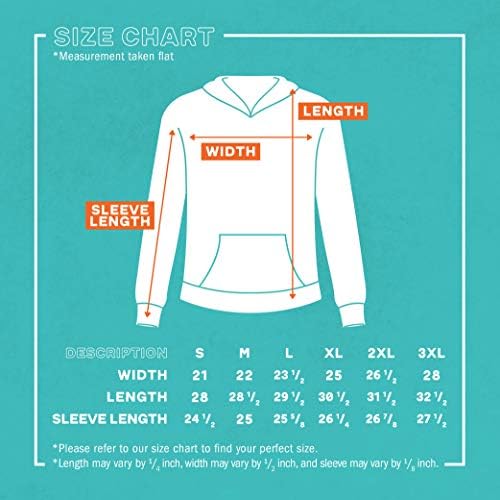 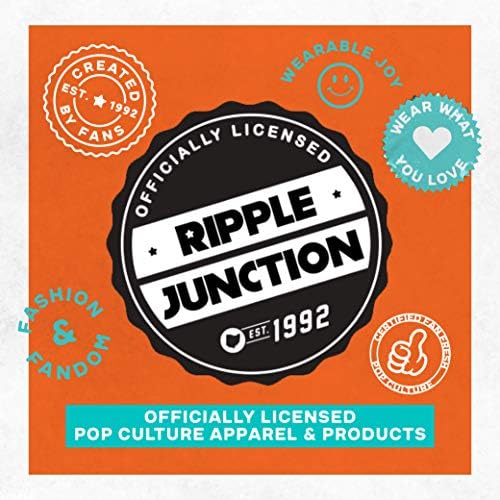 Machine wash cold with like colors, tumble dry low, do not bleach, do not iron
STAY RAD, GEEK OUT: Enjoy a figurative detour by Hidden Leaf Village. Ichiraku Ramen Shop is printed down the right sleeve, while the shop’s symbols are on the left. The front features an image of Naruto saying “Ramen is the Best Pleasure.”
FANDOMS ARE THE BEST: Let’s face it: we all love a good fandom. How about representing your favorite anime by rocking this sweet Naruto hoodie? Our Naruto clothes are more than just anime cosplay costumes; they are a way to bond with friends.
WHAT’S MY SIZE AGAIN?: Forget your size after binging anime all night? We’ve got you. This awesome and comfy hoodie is available in sizes SM–3XL. Chest measurements in inches: S (21), M (22), L (23 1/2), XL (25), 2XL (26 1/2), and 3XL (28).
ANIME MERCH FOR FANS: Say hello to our authentic and cozy Naruto merch. This thick and warm Ichiraku ramen hoodie is made from cotton and polyester. We know there’s nothing better than hyping up your favorite themes while being comfy. Thank us later.
RIPPLE JUNCTION IS A WHOLE MOOD: Our story started with two dudes making and selling themed clothing from a van. We have stuck with the fun vibes and fandom obsessions over the years. Our clothes are all about wearing what you love.