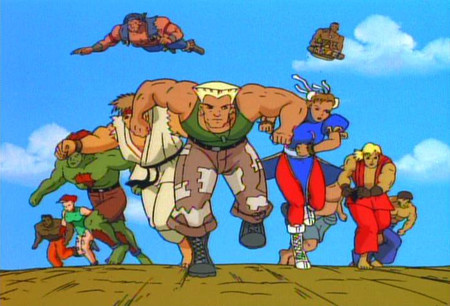 Redbox announced on Wednesday that it will add Digital Media Rights’ anime streaming channel RetroCrush to its streaming service as a 24-hour channel. The company will also add new anime titles from Digital Rights Media to the free, ad-supported on demand (AVOD) section of its streaming service.

Some of the anime that Redbox will add include Street Fighter – The Animated Series, Great Teacher Onizuka, Flame of Recca, and Astro Boy.

NBC Universal’s Peacock streaming service added the RetroCrush channel to its service in June. Pluto TV added a RetroCrush programming block to its ‘Anime All Day’ channel on March 4. The channel has eight-hour RetroCrush blocks on Thursdays and Saturdays.

RetroCrush is a free, ad-supported video-on-demand service available in the United States and Canada. The service has apps on iOS, Android, Amazon Fire TV, Roku, Apple TV, and smart TVs, in addition to being available on browsers. The service launched in March 2020. A free ad-supported television (FAST) version of RetroCrush launched through the STIRR streaming service in July 2020.

Digital Media Rights stated to ANN that its goal with the streaming service is to “serve as a community built for the consumption and discussion of the Golden Age of Japanese animation, (and some not so retro), from the perspectives of pop culture, fandom, art, internet memes & more.”

The service plans to include a library of content that “hasn’t had proper streaming releases outside of Japan.”