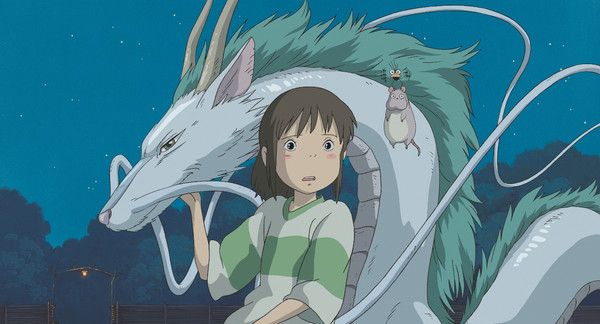 On September 30th, the Academy of Motion Picture Arts and Sciences, after a lengthy delay due to COVID, will open the doors of its new film industry museum to the public, featuring thousands of objects in its collection. And to the delight of animation fans, the inaugural exhibit in the Marilyn and Jeffrey Katzenberg Gallery will feature the works of Hayao Miyazaki, the celebrated director and co-founder of Studio Ghibli.

For those unable to visit the exhibition in person, or who want to take a souvenir home, the Academy Museum of Motion Pictures has developed an accompanying artbook, serving as a catalogue of the temporary exhibit’s artifacts. By including thoughtful essays, overviews, and scans of the exhibited works, Hayao Miyazaki, as it’s simply titled, is a considerable work itself: a treasure for fans of the animator and Studio Ghibli, and a wonderful history, art, and reference piece for students of film and animation.

That Hayao Miyazaki is treasure trove of artwork is a given. More surprising are the excellent essays that fill the book, beginning with curator Jessica Niebel’s foreword that provides insight as to how she and others were able to convince Studio Ghibli, famously sheepish in licensing and lending their products, to loan the museum these artifacts, while also immediately setting the stage for the work’s emphasis on Miyazaki as a great filmmaker. Overviews accompany the artwork throughout the second half of the collection, addressing characters, background, themes, and worlds, among other topics, as well as individual aspects from Miyazaki’s works, like specific characters and locations. 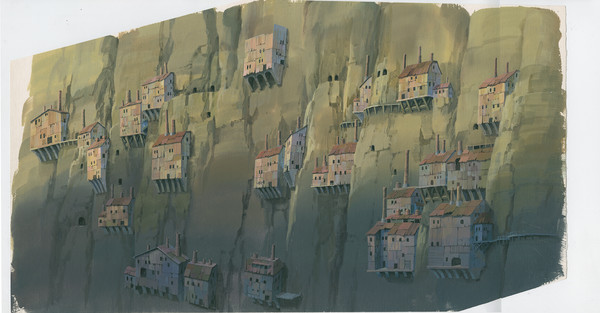 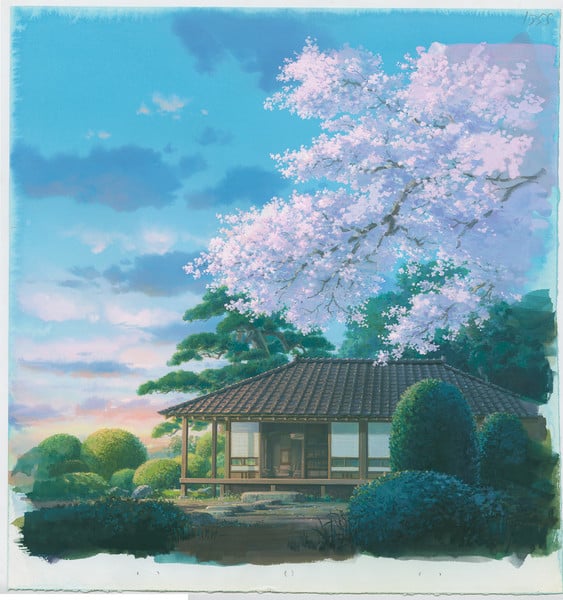 In between the introductory material and the bulk of the scans are two notable essays. The first, by film journalist and lecturer Daniel Kothenschulte, is a scholarly piece entitled, “The Rise of the Miyazaki Medium,” which retains a high sense of readability for a journal-style article, concisely presenting insights into the director’s life and career. Less informative, but quite charming still is Pete Docter‘s (Up, Inside Out, Soul) essay, in which the Pixar animator shares his recollections of interactions with Miyazaki and relays answers to questions he posed to him (for instance, Miyazaki is apparently not a fan of Bugs Bunny).

But the star of the show, of course, is the artwork. Those looking for a vast collection, like the many illustrations featured in the licensed artbooks for each Ghibli film, might find this smaller assemblage underwhelming, but those critics would be missing the point. Hayao Miyazaki is wholly different in intent and content. When considering breadth, it’s greater in scope than the more readily available collections, spanning Miyazaki’s career and including pieces from his earlier works like Heidi, Girl of the Alps. Additionally, most of the featured drawings are from planning stages in productions, including imageboards, storyboards, and initial concept drawings with notes which were often quite revelatory to me, such as those depicting San (Princess Mononoke) with red hair like Nausicaa and then with green locks and a thick headband. 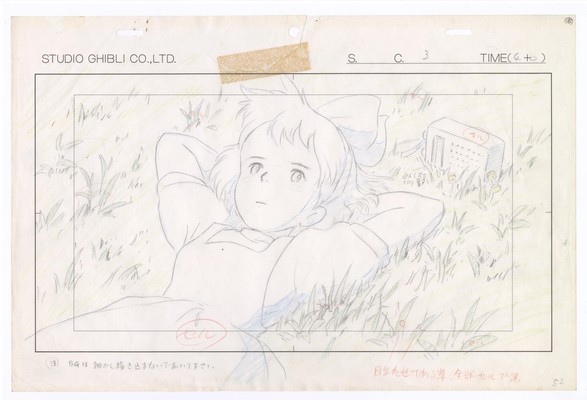 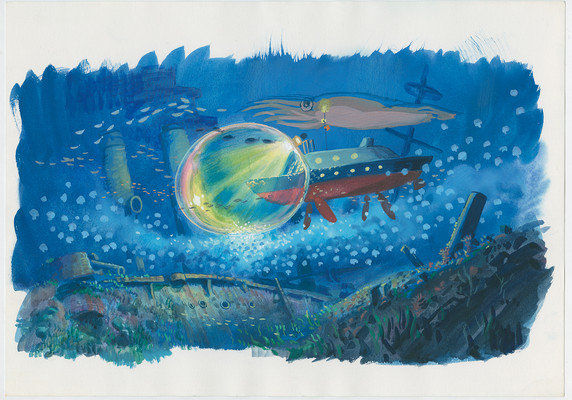 The wide array of images will remind anime fans that this book wasn’t developed with them in mind. Besides being a take home for visitors of the exhibit, it was created for film students and enthusiasts, subtly reminding readers that Miyazaki is not only a master of animation, but of film craft in general.

This approach, through the selected pieces, essays, and other writings, make Hayao Miyazaki a unique compendium in both the Studio Ghibli and anime artbook landscapes, as well as one that finds a middle ground—not so substantial as studies on the director or his personal recollections, or as simple and nostalgic as the Ghibli artbooks. Priced at $49.99, and available now in advance of the exhibit opening, it’s a greater investment than either of those other choices, but in return the buyer will own an unconventional and new work about anime, enlightening for fans of Miyazaki and novices alike.

Husband, dad, and old guy anime fan, Twwk is the founder of Beneath the Tangles, which approaches anime from a Christian perspective. You can find him sharing thoughts (but mostly posting LotR and Princess Bride memes) on Twitter.