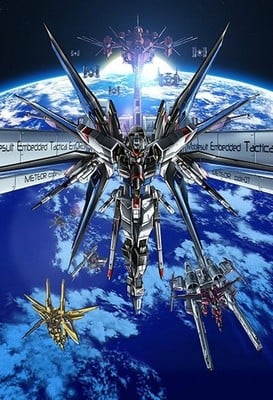 Right Stuf and Nozomi Entertainment announced during their Crunchyroll Expo online panel on Friday that they will release the Collector’s Ultra Edition Blu-ray set of the Mobile Suit Gundam Seed Destiny anime on November 9. The release will include the 50-episode HD remastered version of the anime, as well as the Mobile Suit Gundam Seed C.E.73: Stargazer anime, the original 50-episode SD version of the series, episode 51 “Final Plus,” and the four-part Special Edition compilation films of the series. The release also includes an art book, an interview with director Mitsuo Fukuda, and a glossary of the Gundam Seed C.E. timeline.

Right Stuf stated a standard version of the remastered series will be available in 2022, but the only way to get the original series in HD will be through the Ultra Edition Blu-ray set on November 9.

Seraph of the End: Guren Ichinose - Catastrophe at 16 Manga Ends in 12th Volume in February 2022 - News