The official Twitter account for Saiyuki Reload -ZEROIN-, the television anime of the “Even a Worm” arc from Kazuya Minekura‘s Saiyuki Reload manga, posted the anime’s first full promotional video on Sunday. The video announces additional cast members and the January premiere for the anime.

The new cast members in this anime are:

Kouichi Toochika as Hazel Grouse, a bishop who arrived from the west, and who is critical to the story arc

Rikiya Koyama as Gatti “Gat” Nenehawk, who works with Hazel

Houchu Ohtsuka as Ni Jianyi, a Sanzo practitioner with Muten Sutra and a scientist on Gyumaoh’s side 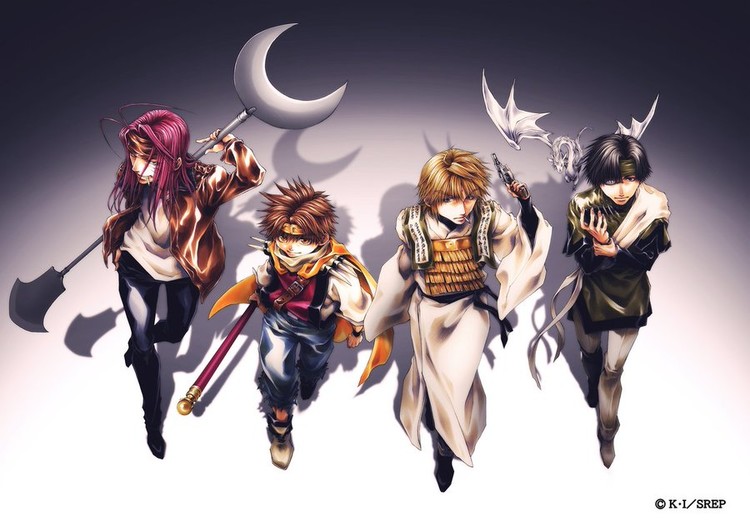 LIDEN FILMS is animating the project.

Saiyuki, the original 1997 “fantasy road movie” manga series loosely inspired by the Chinese novel Journey to the West (Saiyuki in Japanese), has spawned the Saiyuki Gaiden and Saiyuki Ibun manga spinoffs. The Saiyuki Reload Blast sequel manga launched in Ichijinsha‘s Comic Zero Sum in 2009, but Minekura slowed down her publication of the manga in 2013 due to her health. The manga franchise as a whole has 25 million copies in circulation worldwide. Tokyopop published the original manga, and Kodansha re-released the manga.

The Saiyuki Reload Blast anime premiered in July 2017. Crunchyroll streamed the series as it aired, and Funimation offered a simuldub.