The official website for the television anime adaptation of Miku and U35‘s Shinka no Mi ~Shiranai Uchi ni Kachigumi Jinsei~ (The Fruit of Evolution ~Before I Knew It, My Life Had It Made~) light novel series revealed more cast members and a new visual for the show on Wednesday. 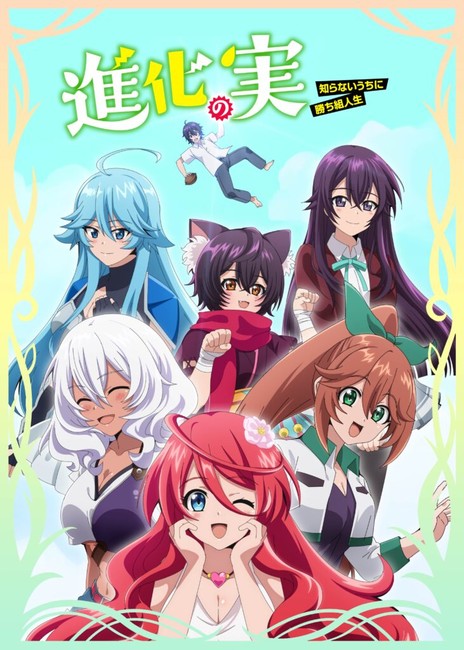 The new cast includes: (all character name romanizations are not official)

The previously revealed cast members include:

The anime will premiere in October and will air in Japan on TV Tokyo, BS-TV Tokyo, and AT-X. 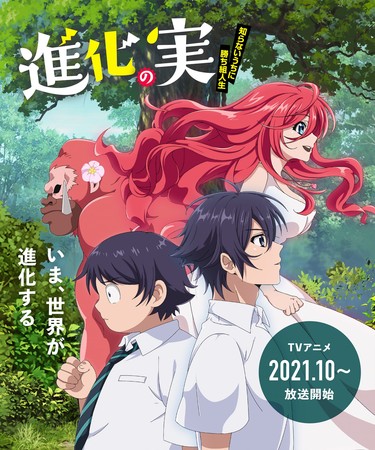 Yoshiaki Okumura (Antique Bakery, Monsuno) is directing the anime at studios feel. and Children’s Playground Entertainment. Hotline is in charge of production. Minami Eda is adapting U35‘s character designs for animation. Gigaemon Ichikawa (Duel Masters 2017-2019, GeGeGe no Kitarō 2018) is both writing and overseeing the series scripts. Hifumi,inc. is composing the music.

The “animal fantasy” story centers on Seiichi Hiiragi. Though at the bottom of his school’s social pecking order, he and his entire school are upended when everyone in the school is transported into another world. Seiichi finds himself alone and approached by a gorilla, who instead of attacking him, proposes to him. At the moment that Seiichi thinks that “I guess a gorilla is fine too,” they find the Fruit of Evolution, and when they eat it, their lives are suddenly changed once again.