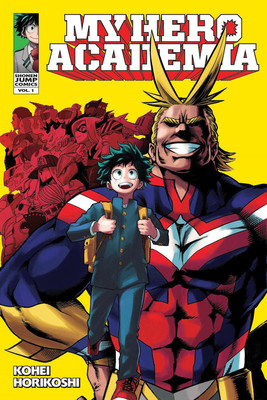 Alex Garcia and Jay Ashenfelter are overseeing the project for Legendary Entertainment, while Ryōsuke Yoritomi, the manga’s editor, will oversee the project for Shueisha. TOHO will distribute the film in Japan.

The fifth season premiered in Japan on March 27. Funimation and Crunchyroll are both streaming the anime with English subtitles. Funimation is streaming the season’s English dub. The season began airing on Adult Swim‘s Toonami programming block on May 8.

My Hero Academia THE MOVIE: World Heroes’ Mission, the third anime film in the My Hero Academia franchise, opened opened last Friday, and sold about 720,000 tickets to earn about 940 million yen (about US$8.51 million) from Friday to Monday (Monday was a national holiday in Japan).