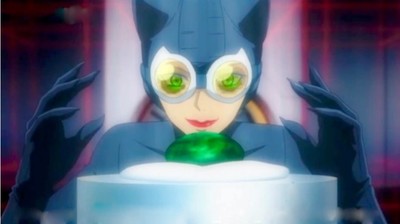 Hunted, which is produced in an anime style, picks up with Catwoman as she attempts to steal a priceless jewel. The heist puts her squarely in the crosshairs of both a powerful consortium of villains and the ever-resourceful Interpol as well as Batwoman, voiced by Stephanie Beatriz.

Ethan Spaulding and Colin A.B.V. Lewis are credited as producers, while Sam Register is credited as executive producer.

Thanks to Andrew Laubacher for the news tip.