Lucasfilm began streaming on Tuesday a new trailer for its Star Wars: Visions anthology of animated shorts. The company unveiled trailers with an English dub and in the original Japanese with English subtitles, and it revealed cast members for both versions.

The shorts’ cast and creators include (English voice/Japanese voice):

“The Duel” by Kamikaze Douga

About a rock band and an unexpected friendship within, with appearances by Boba Fett and Jabba the Hutt
Director: Taku Kimura

“The Twins” by Trigger

About twins of the Dark Side, and how far a brother will go to save a sister
Director: Hiroyuki Imaishi (Gurren Lagann, Promare)
Character Designer: Shigeto Koyama
Lead Animator: Sushio

“The Village Bride” by Kinema Citrus

“The Ninth Jedi” by Production I.G

About Jedi who need to come back, reunite, and restore the galaxy
Director: Kenji Kamiyama (Ghost in the Shell: Stand Alone Complex)
Executive producer: Mitsuhisa Ishikawa

“The Elder” by Trigger

A homage to the relationship between a Master and a Padawan
Director: Masahiko Otsuka (Gurren Lagann assistant director, Promare unit director)

About beauty in all its imperfections
Director: Yuuki Igarashi (Keep Your Hands Off Eizouken! episode director, Jujutsu Kaisen animation director)

About a Jedi and a princess, but not the ones we have known
Director: Eunyoung Choi (Science SARU co-founder and CEO, Kick-Heart assistant director) 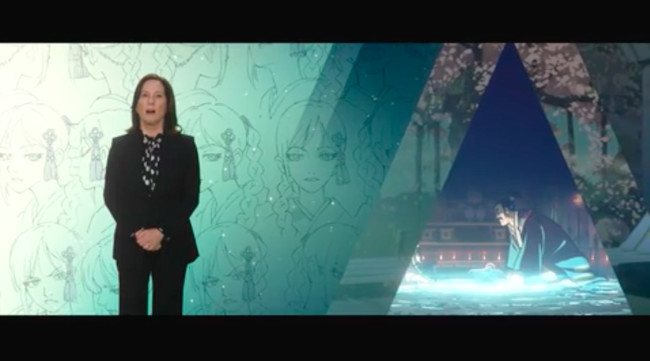 Star Wars: Visions will debut on Disney+ on September 22.

Disney previously described the project as “several of the leading Japanese anime studios offering a fresh and diverse cultural perspective” in 10 shorts this year.