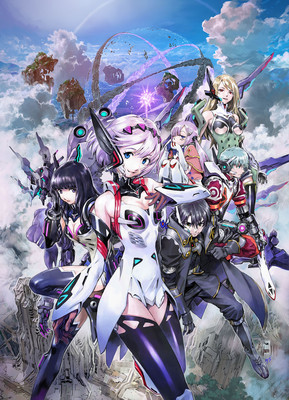 The official website for Square Enix‘s Starwing Paradox arcade game announced on Tuesday that the game will end its network service on October 31, effectively ending service the game except for its trial mode.

Square Enix had stated in November 2020 that the current version of the game would be the final version, with no more updates to the game. Additionally, all service on the game ended last year except for network service, and the smartphone companion app Starwing Navi ended service on December 9.

The game launched in Japanese arcades in November 2018.

Up to 16 players can fight each other in two teams of up to eight players each. The game’s cabinet is made to look and work like a cockpit. Players are able to feel immersive movement matched to the game from the cabinet.

The story takes place on the planet Meguriboshi, a planet “very, very, very far away” from Earth, where the light from Earth doesn’t even reach. The planet is split between two kingdoms: “Kō Country A Slegga” and “Va Led Sei Kingdom.” Meguriboshi produces a type of living energy called “Hoshinochi” (lit. Star Blood), and is the reason for the two kingdoms’ eternal and ongoing strife. The stars of the battlefield are the “Ae Rial,” gigantic weapons developed by the multinational corporation Kizana.

The Ae Rial are equipped with a “Rearide System” that allows them to transmit personalized information between planets. When an “AZ-One” special knight and an alien who has excellent flying skills are paired, only then can the true power of the Ae Rial be unleashed. And another planet with a type of sentient life who have a superior aptitude has been discovered. The name of that planet is Earth.