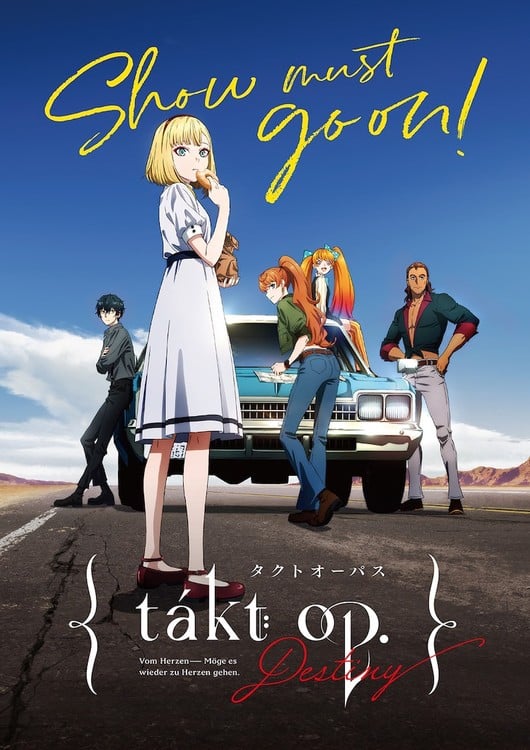 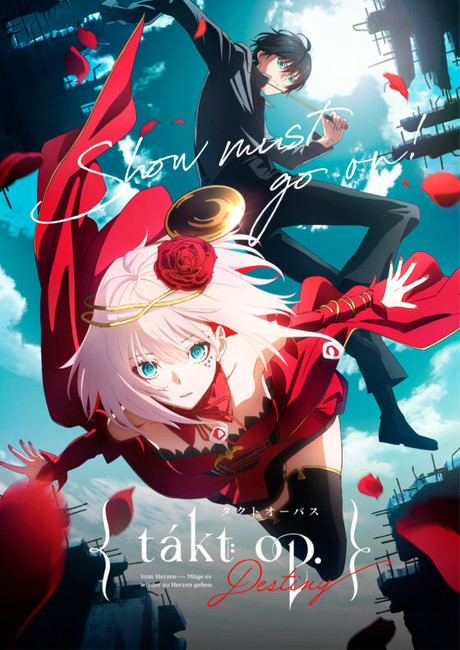 In the story of the anime, one day a black meteorite fell on the world, and the world completely changed. The meteorite produced grotesque monsters called D2, which started running rampant. D2 very quickly banned all music, which was the one thing able to overcome them. But there were some people who resisted the D2. They are young women who hold the power of music, the “Musicart.” These young women hold “scores” that are able to defeat the monsters. And there are also people who lead these women, the Conductor.

The anime takes place in America in the year 2047, which has fallen to ruin thanks to the D2. Takt, a Conductor, is partnered with a Musicart named Destiny. Takt yeans for music to be returned to the world, and Destiny wishes to destroy the D2. Their aim is to travel to New York.

Kouki Uchiyama stars in the anime as Takt Asahina.

DeNA and Ouji Hiroi (Sakura Wars creator) are credited with the original work. Yuuki Itoh (Granblue Fantasy the Animation, Magical Girl Lyrical Nanoha ViVid) is directing the anime at MAPPA and Madhouse. Kiyoko Yoshimura (Linebarrels of Iron,The God of High School) is handling the series scripts. LAM is credited with the original character designs, and Reiko Nagasawa (sub-character design on Overlord III) is adapting those designs for animation. Yoshihiro Ike (The Great Passage, Dororo, Tiger & Bunny) is composing the music.

The anime will premiere on October 5 at 24:00 (effectively, October 6 at midnight) on TV Tokyo and its five affiliates, as well as on BS TV Tokyo. Amazon Prime Video will then be the first service to stream the anime an hour later in Japan. The first two episodes will have an advance screening with the three leading cast members on September 26 at Tokyo’s Shinjuu Piccadilly theater.

The project will also include a game. LAM is drafting the original character designs. Musician Marasy is the “key pianist.” The artist yish is in charge of background concept art. Orchestral conductor Hirofumi Kurita is credited as a musical research advisor.

My Next Life as a Villainess: All Routes Lead to Doom! Game Recasts Tatsuhisa Suzuki in Bonus Drama CDs - News