The official website for the television anime based on Sōichirō Yamamoto‘s Teasing Master Takagi-san (Karakai Jōzu no Takagi-san) manga confirmed on Wednesday that the anime is getting a third season as well as a film.

The third season, titled Karakai Jōzu no Takagi-san 3, will debut in January 2022. The film will open in Japan in 2022. 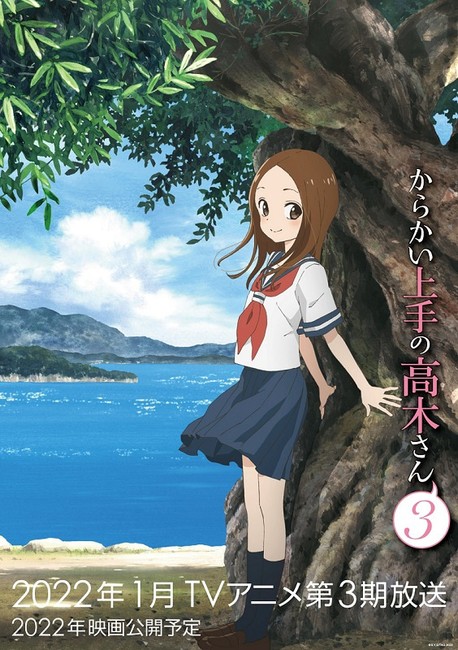 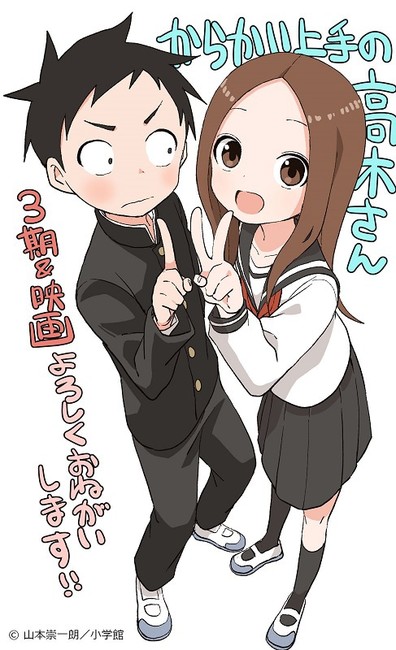 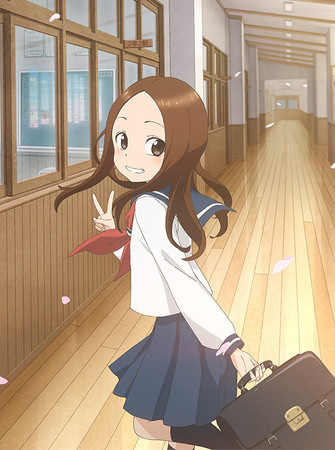 The first television anime based on the manga premiered within the “Anime no Me” programming block in January 2018, and it also adapted Yamamoto’s Ashita wa Doyōbi manga as segments within the show. Crunchyroll streamed the anime as it aired in Japan, and Funimation streamed the series with an English dub. The second television anime season premiered in July 2019. The season debuted on Netflix in December 2019.

Tired of being mercilessly teased by his classmate Takagi, Nishikata has vowed to get her back and successfully tease the girl that’s made him blush countless times. After all, if you blush, you lose! But getting vengeance isn’t so easy when every attempt blows up in his face. Will Nishikata ever make Takagi blush or will he gain something more fulfilling from his bumbling attempts?

Yen Press is releasing the manga in English.