The official website for the television anime of Tsubasa Yamaguchi‘s The Blue Period. manga revealed new cast members on Friday. The newly announced cast members are, from left to right in the image below: 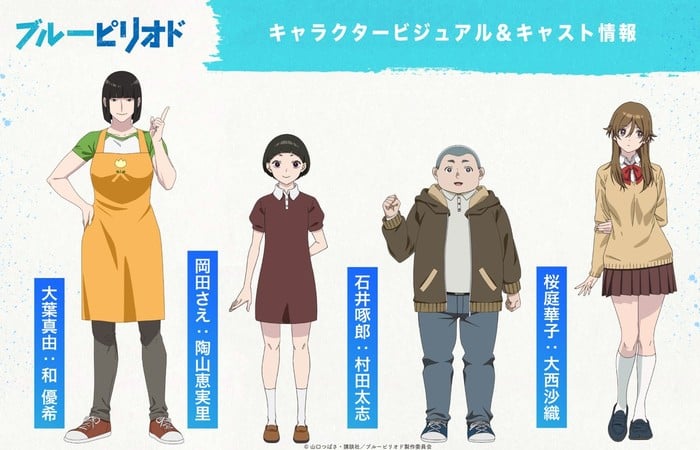 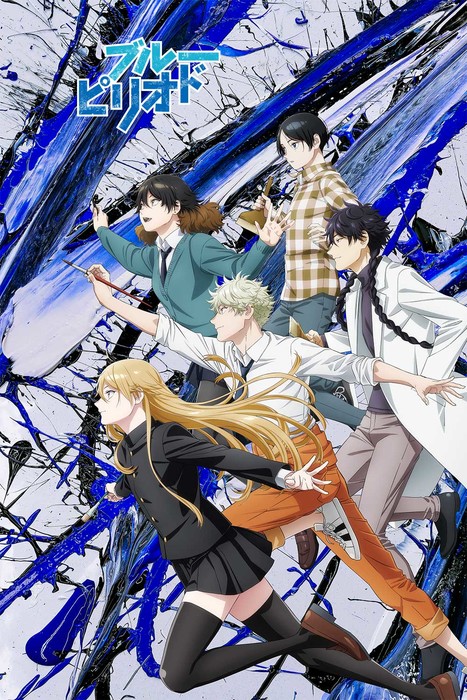 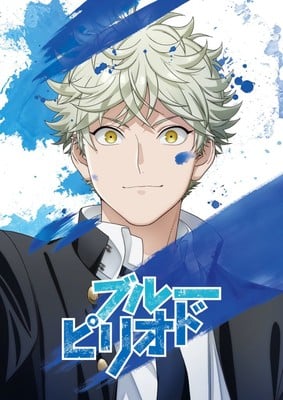 Kodansha Comics licensed the manga, and it describes the story:

Yatora is the perfect high school student, with good grades and lots of friends. It’s an effortless performance, and, ultimately … a dull one. But he wanders into the art room one day, and a lone painting captures his eye, awakening him to a kind of beauty he never knew. Compelled and consumed, he dives in headfirst—and he’s about to learn how savage and unforgiving art can be!

Previously announced cast members include (pictured below from left to right): 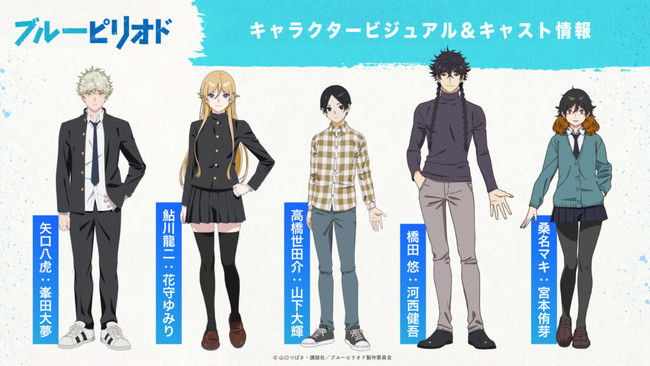 Mayu Aoyagi as Maru Mori (left in image below), and Fumi Hirano as Masako Saeki (right) 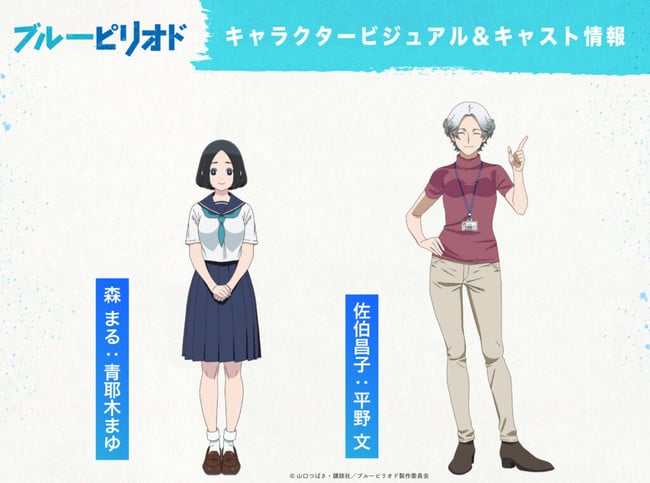 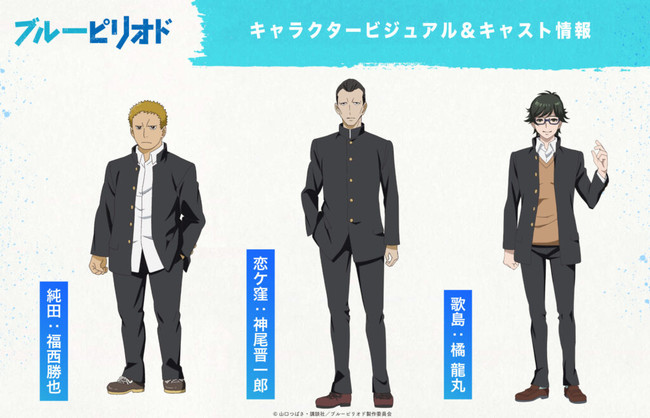 (From left to right in image below) Mika Hiratsuka as Umino, Ikumi Hasegawa as Shirai, Yuna Nemoto as Shirota, and Aoi Koga as Yamamoto 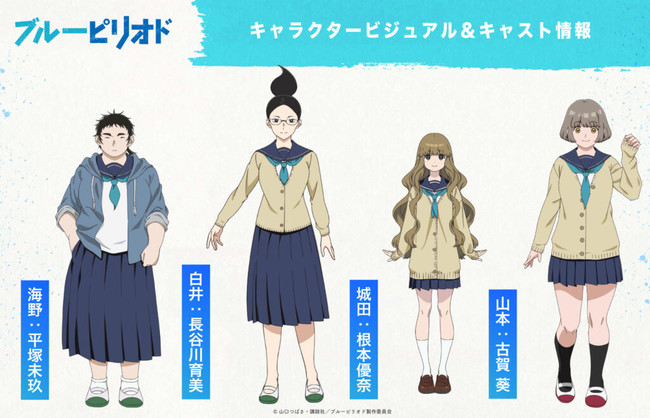 Koji Masunari (Read or Die, Kamichu!, Magi: The Labyrinth of Magic) is the chief director, while Katsuya Asano (Yu-Gi-Oh! VRAINS) is directing the anime at Seven Arcs. Reiko Yoshida (K-ON!, Tamako Love Story, Liz and the Blue Bird) is writing and overseeing the anime’s scripts. Tomoyuki Shitaya (Bakuman., Food Wars! Shokugeki no Soma, If My Favorite Pop Idol Made it to the Budokan, I Would Die) is designing the characters.

The manga won the 13th Manga Taisho awards in 2020, and was nominated for the awards the previous year. The series was also nominated for the 24th Annual Tezuka Osamu Cultural Prize in February 2020, and also ranked at #14 on the Kono Manga ga Sugoi! male readers list in December 2019, and ranked #15 on the same list in December 2020. The manga also won the Best General Manga award in the 44th annual Kodansha Manga Awards in 2020.