Home » The History of Getter Robo and What It Influenced
Anime

The History of Getter Robo and What It Influenced

Other than these four series, no other portion of the Getter Robo franchise received a dedicated Western localization effort. The Getter Robo G anime was edited to be a part of the mixed and matched Fire Force and eventually Robo Farmers, but it was never under its own name. While that was normal for the time, it is a sad thing that Getter Robo would have to be as filtered as it was for the consumption of Western audiences. Especially since Getter Robo is one of the few progenitors of mecha anime as we know it today. Written by Ken Ishikawa, who was an assistant to the famous Go Nagai, the first Getter Robo anime and manga appeared in 1974, a year after Go Nagai‘s Mazinger Z took the world by storm.

The basics of Getter Robo are pretty unique and a lot of fun. In the first series, three teenagers are joined together to fight against an empire of lizards called the dinosaur empire. In this war, only the Saotome lab is able to offer any form of resistance. Trouble martial artist Ryoma Nagare, young criminal mastermind Hayato Jin, and Judo expert Musashi Tomoe are the chosen pilots of different functions of the Getter Robo. Ryoma is the lead pilot and takes control of the Getter-1, Hayato controls the Getter-2, and Musashi is the pilot of the Getter-3. All of which use Getter Rays to function, which is something the dinosaur empire cannot stand up to. The Getter Robo itself forms when the three machines combine. The main difference here compared to other super robo series is that the Getter Robo has three different forms, and whoever is in the lead controls that Getter unit. Each form has its own specialty in combat.

Ryona, Hayato, and Musashi form the first pilot crew of the Getter Robo universe. Over the years through different manga and anime series, the Getter Robo goes through various new iterations and forms as more enemies appear. Similarly, new pilots come and go, whether it is to replace pilots that have passed on, having years pass between different stories, or simply to fulfill legacies that their familial figures weren’t able to achieve due to a variety of circumstances. Following the original Getter Robo manga and anime in 1974 is Getter Robo G version in 1975. The Getter Robo Go anime and manga appeared a decade and a half later in 1991, with Shin Getter Robo, a prequel to Go, appearing in 1997. Finally, the Getter Robo Arc manga released in 2002 but was canceled before the story concluded. The aforementioned OVAs appeared in 1998, 2001, and 2004 respectively. Each one tells their own story of heroes and villains, but the focus is always on humanity fighting for their right to live and the use of Getter Rays in cool robot fights and action sequences. 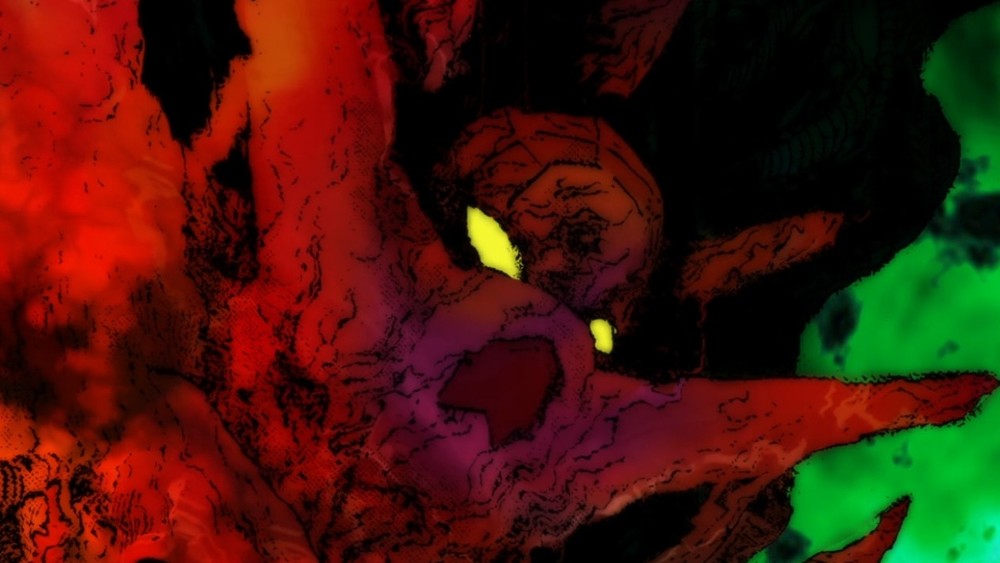 Manga and anime are not the only media that Getter Robo has branched out to. In 1991, various Getter Robo properties joined with Mazinger and Gundam properties in Super Robot Wars, a video game franchise that not only has had a lot of installments over the past 30 years (including Super Robot Wars 30 in September) but also spawned mecha shows and references from all over the genre itself. The games themselves are tactical role-playing games that have gameplay like Final Fantasy Tactics and the earlier Fire Emblem series. Each edition highlights different mecha series by combining characters from the franchises represented into an original story that most of the time doesn’t make any sense. People are there for the pilots and robots and Getter Robo has been a prominent fixture in a vast majority of them.

There is just something about Getter Robo‘s energy and spirit that makes it special. It’s not just – as a lot of people wrongly assume about super robot shows in general – humans in mecha fighting monsters from beyond time and space every week. Getter Robo is a story about humanity’s evolution with some insightful commentary on the harnessing of nuclear energy, reflected here in the danger that Getter Rays pose for other species that try to put the Getter to a stop. Also, the characters of Getter Robo are each driven by an intense and infectious passion, not to mention the sheer hotblooded masculinity of the series itself. Every installment of Getter Robo, from the mainline anime and manga series to the OVAs, carries those attributes, which is why one can never truly get bored of the franchise. 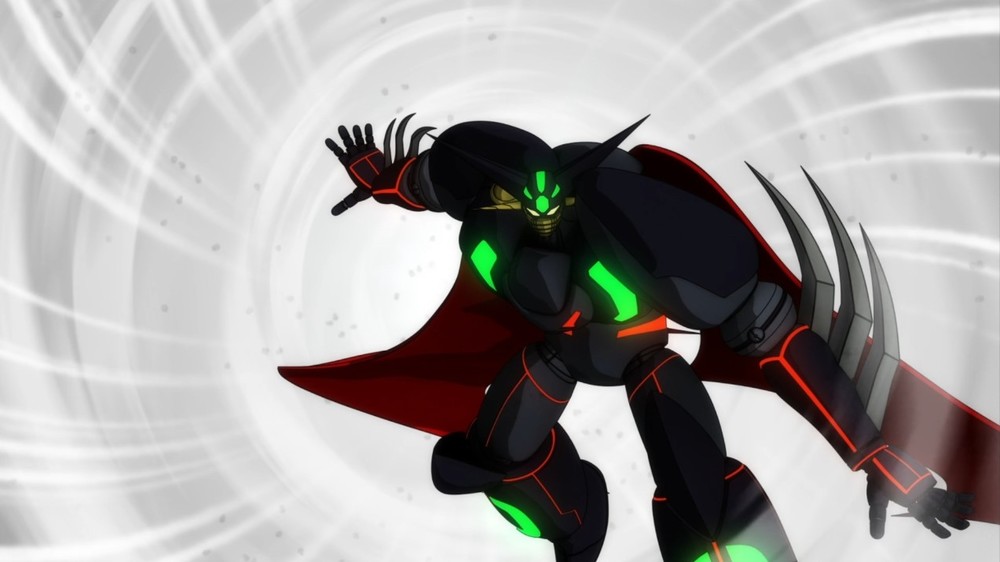 Of course, Getter Robo left all sorts of fingerprints in the world of anime itself. Some bits are merely references to it out of love. For example, Gun X Sword referenced Getter Robo‘s Dinosaur Empire with the Zaurian Empire in its backstory. A bigger and more obvious one comes from Martian Successor Nadesico with Gekiganger 3. That is the anime series that characters in Nadesico watch, and its influence on the characters and the show itself becomes more and more apparent as time goes on. Gekiganger 3 is obviously a love letter to 1970’s super robot shows, but it’s largely a tribute to Getter Robo as it also features three pilots merging their units into one robot in a similar manner. It’s incredible and so much fun, and I’m glad that there is an OVA series of it.

A more lasting legacy of Getter Robo, however, is the invention of the mecha gattai or combination sequence. Think of all the gattai sequences from super robot shows from the 1970’s and beyond; none of that would have existed, or would have appeared much later, if Getter Robo hadn’t come into existence. Right after Mazinger Z invented the pilotable robot, Getter Robo created another cornerstone element of the mecha genre.

Even then, most series have only focused on one gattai sequence instead of multiple. While most shows feature a decently sized cast of robot pilots, only one will ever control the combined, giant robot in its ultimate form. This is somewhat understandable considering the ungodly amount of work it takes to create just one cell-animated combination sequence, and the limited variability of the use of the robot in question is often an unavoidable compromise. The Aquarion franchise is the first franchise in a long time to have three different forms of a giant robot when three horny teenagers merged in different positions in order to use the better power at that time (yeah, it happens in exactly the way one would think).

Finally, there is Studio Gainax and Studio Trigger. Many people automatically think of Tengen Toppa Gurren Lagann when it comes to Getter Robo influences, and the franchise’s fingerprints have been present throughout most of Gainax‘s history from Gunbuster to Studio Trigger‘s more recent productions. The infamous and defiant Gainax pose first appeared in Getter Robo G with the Getter Dragon, Getter Rays could be easily compared to TTGL’s spiral energy or the life fibers in Kill la Kill, and the same passionate energy that pushed Getter Robo‘s characters to go beyond is brilliantly present in most of Gainax and Trigger‘s characters. It’s incredible what influence Gainax and Trigger have in the modern anime discourse, and it must be because Trigger and Gainax believe in Getter.

All art is derivative, and sometimes creators and artists don’t even realize they are inherently referencing or being influenced by something as they create their works. Discovering the Getter Robo franchise is like finding one of many keys in anime that have been there all along, but not many people have found – anime just makes a little more sense now after experiencing it. Whether it is Getter Robo Arc that is currently airing on Hi-Dive, or the Western-localized Getter Robo OVAs, I recommend checking the series out in some way, if only to get a better sense of anime history. Be careful though – it’s incredibly addictive.

Scott is an English student who watches and writes about anime on his personal blog.