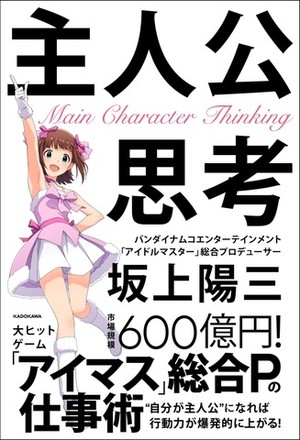 The book states that The [email protected] franchise has a market scale of over 60 billion yen (approximately US$545.6 million). According to Sakagami, his work technique is to “bring out a person’s best performance by being able to make anything ‘their personal business.'”

The following is a translated excerpt from the book’s opening chapter:

Everyone has probably been told at their job that you should make your work personal to you. I think there are a lot of people who may even think that’s common sense. But try thinking about it. Are you truly confident that you can do it? Are you sure you’re not using something else as an excuse, like “My superior told me to do this” or “My hands are tied because of the circumstances around me”? Put yourself aside for a moment; can you motivate your colleagues and subordinates to regard their work as something personal to them? I think it is a very difficult thing to accomplish.

In this book, I will explain at length what I did and what I was thinking based on my personal experiences. I hope you all can find some inspiration in it for some of the work-related issues you deal with in your daily lives.

The Never-Ending Manga: At What Point Should a Series End?