The official website for the television anime of Tomoko Yamashita‘s The Night Beyond the Tricornered Window boys-love supernatural mystery manga began streaming a promotional video for the show on Monday. The video reveals that the anime will premiere on October 3. The video also reveals and previews the opening theme song “Saika” by rock band Frederic.

The website also revealed a new visual for the anime. 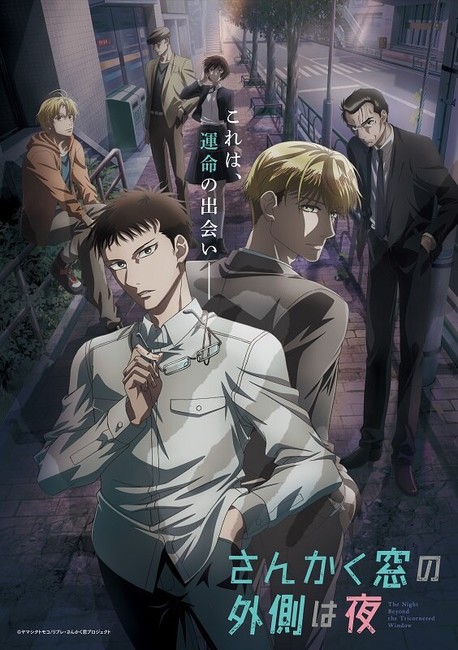 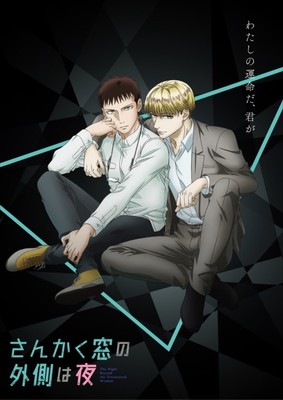 SuBLime is releasing the manga in English digitally, and it describes the story:

Shy bookstore clerk Kosuke Mikado has the ability to see ghosts and spirits, an ability he wishes he didn’t have, since what he sees usually terrifies him. Rihito Hiyakawa, an exorcist whose supernatural powers are as strong as his social graces are weak, doesn’t seem to fear anything, mortal or otherwise. When this odd couple gets together to solve the bizarre cases that come their way, their work methods may not be entirely safe for work!

Crunchyroll will stream the anime as it airs in Japan.

Yamashita launched the manga in Libre Publishing‘s Magazine BExBOY in March 2013, and ended the series in December. The manga inspired a live-action film that opened on January 22.