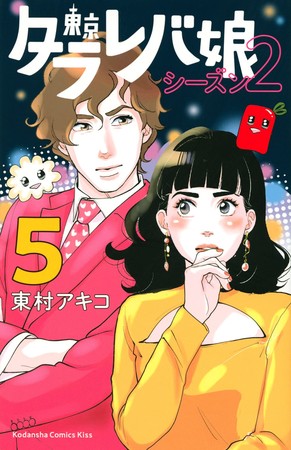 The October issue of Kodansha‘s Kiss magazine announced on Wednesday that Akiko Higashimura‘s Tokyo Tarareba Girls Season 2 manga will end in its November issue on September 25.

The manga launched in April 2019. The fifth compiled volume of the manga shipped on June 11. The manga centers on a new protagonist, a part-time worker at a library.

The original manga won the Best U.S. Edition of International Material—Asia award at the Will Eisner Comic Industry Awards in 2019.

The original manga also inspired a live-action television series in 2017 and a television special in summer 2020.

Update: The manga that is ending is Tokyo Tarareba Girls Season 2, not the already finished Tokyo Tarereba Girls Returns manga as previously reported. ANN apologizes for the error. Thanks, Tenbinzan.