Home » Tsuki to Laika to Nosferatu Author: Light Novel Will Be Published in English – News
Anime

Tsuki to Laika to Nosferatu Author: Light Novel Will Be Published in English – News

Novels are getting TV anime in October 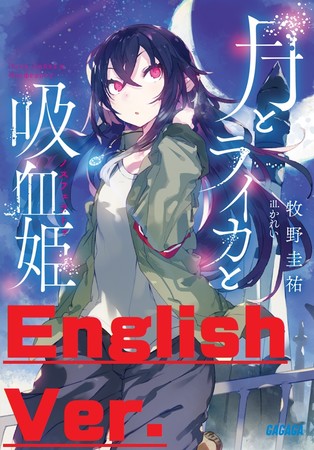 Author Keisuke Makino revealed on Twitter on Saturday that Karei and his Tsuki to Laika to Nosferatu (The Moon, Laika, and Nosferatu) light novel series will be published in English. He added that he did not know when it will be published, only speculating that it would be “a long time from now.” He did not list a publisher.

The original novels’ story is set in a fictional world, 10 years after a long war divided the world into two superpowers: the Union of Zirnitra Republics in the east, and the United Kingdom of Arnak in the west. Both of these superpowers now test their ambitions against each other in a space race. In 1960, the Union’s Premier Gergiev announces Project Mechtat (Dream), a prestigious plan to launch manned missions into the final frontier. To this end, the Union establishes the isolated city of Laika 44, where cosmonaut candidates compete for planned manned missions to space, and scientists develop the technology to make it happen, all in an environment of secrecy.

The story centers on Lev Leps, a backup astronaut candidate, and his new companion, the vampire Irina Ruminescu. As part of a daring new Operation Nosferatu, Project Mechtat will use Irina as a test subject for various conditions expected in space, and ultimately as part of a manned mission, with Lev overseeing Irina’s training as a cosmonaut. For reasons of their own, both dream of going into space.

The novels are inspiring a television anime that will premiere in October on the Tokyo MX, BS NTV, Sun TV, and KBS Kyoto channels. The first two episodes of the anime will have a paid online advance screening on September 4.

Shogakukan‘s Gagaga Bunko light novel imprint launched the novel series in December 2016, and The novel series’ sixth volume shipped on March 18. Sojihogu launched a manga adaptation of the novels in Kodansha‘s Comic Days website in March 2018, but went on indefinite hiatus beginning in January 2019 due to Sojihogu‘s poor health. It has not yet resumed. Kodansha published the manga’s first compiled book volume in November 2018.

Thanks to Blanchimont for the news tip.