The official Twitter account for the television anime adaptation of Osamu Nishi‘s Mairimashita! Iruma-kun manga revealed on Saturday after the second season’s final episode that the anime will get a third season. 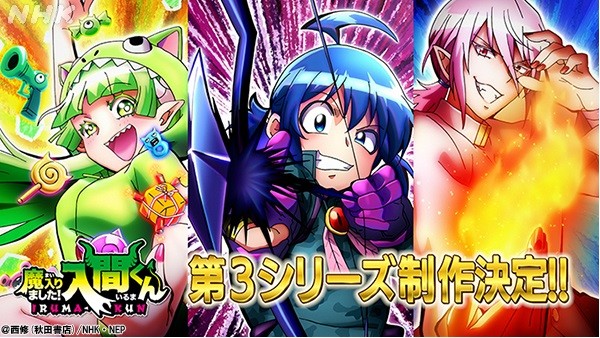 The first anime premiered in October 2019 on NHK Educational, and had 23 episodes. Crunchyroll streamed the anime as it aired in Japan under the title Welcome to Demon School, Iruma-kun, and also streamed an English dub.

The second season premiered on April 17. Crunchyroll streamed the series as it aired, and began streaming an English dub on June 12.

The story of Mairimashita! Iruma-kun follows Iruma, a kind-hearted 14-year-old boy whose parents sell him to demons for their own selfish interests. However, the demon he is sold to has no grandson of his own, so he dotes on Iruma and sends him to demon school.