Yen Press announced on Friday that it will release the following manga, light novels, and books for release in February 2022. 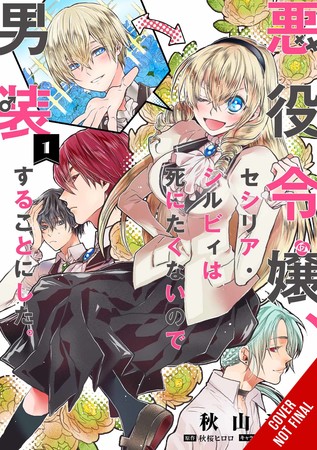 Title: Cross-Dressing Villainess Cecilia Sylvie manga
Creators: Hiroro Akizakura (story), Shino Akiyama (art), Dangmill (character design)
Summary: Cecilia has been reincarnated as the villainess of a dating sim who is fated to die no matter the route. If she becomes a Shrine Maiden candidate (only girls are chosen), she’ll absolutely wind up dead. No question about it. To avoid this fate, Cecilia decides to cross-dress as a man…She will do whatever it takes to achieve a peaceful and carefree life, but if her guise ever slips, it’s game over! Based on the light novel by Hiroro Akizakura! 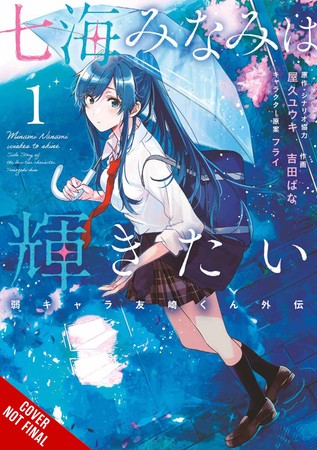 Title: Minami Nanami Wants to Shine manga
Creators: Yūki Yaku (story), Bana Yoshida (art), Fly (character design)
Summary: Everyone wants to shine, and high schooler Minami Nanami is no exception. One day, she reaches a turning point, and her mother introduces her to the modeling industry. There, she discovers a whole new world, but nothing is ever that simple… 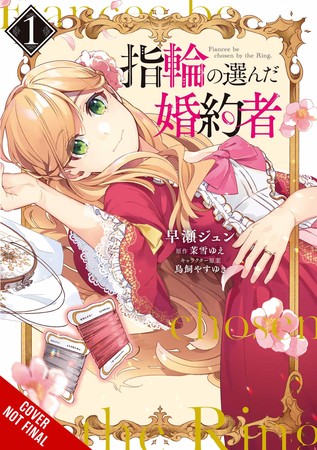 Title: The Fiancée Chosen by the Ring manga
Creators: Jyun Hayase (story), Yue Matsuyuki (art), Yasuyuki Torikai (character design)
Summary: Noblewoman Aurora has a deep love…for embroidery! Even during fancy dinner parties, she’s usually more interested in admiring the gowns of the ladies than trying to win the affections of men. But at one such party, her peaceful night is shattered by a single mysterious ring… 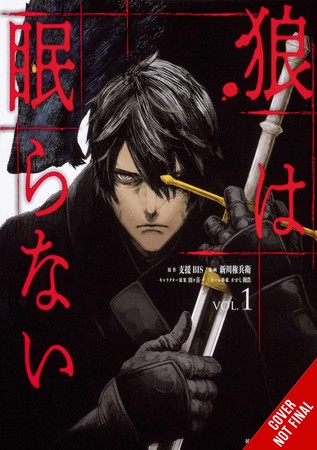 Title: The Wolf Never Sleeps manga
Creators: Shien Bis (story), Gonbe Shinkawa (art), Taga Kiichi (character design)
Summary: Seeking strength and glory, the adventurer Lecan challenges monster and maze alike. Until one day, he finds a mysterious black hole…leading to another world! But even there, the path of the “One-Eyed Wolf” remains unchanged. The only question is—can he survive this new world? 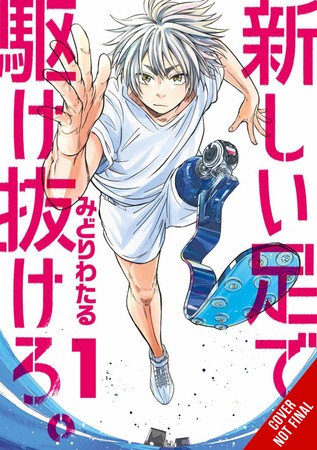 Title: Run on Your New Legs manga
Creator: Wataru Midori
Summary: After the loss of his left leg, Kikuzato’s dream of becoming the ace striker on the high school soccer team comes to an end…permanently. But endings are always followed by beginnings—and so, with a prosthetic leg, Kikuzato finds a new dream. He’s going to become a track star and win gold at the 2020 Tokyo Paralympics! A sixty-meter race in Shibuya is only the first step… 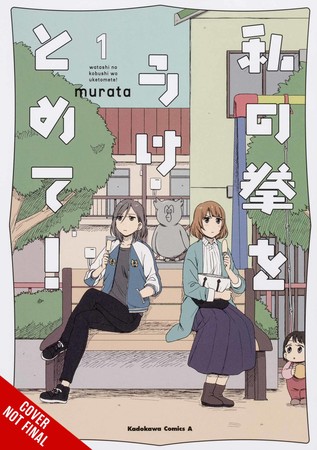 Title: Catch These Hands! manga
Creator: murata
Summary: One day, Takebe, a former delinquent trying to leave that part of her past behind for good, runs into her high school rival, Soramori. The two fight for the first time in years and, being desperately out of practice, Takebe loses—leaving her no choice but to accept Soramori’s request to start dating her…?! 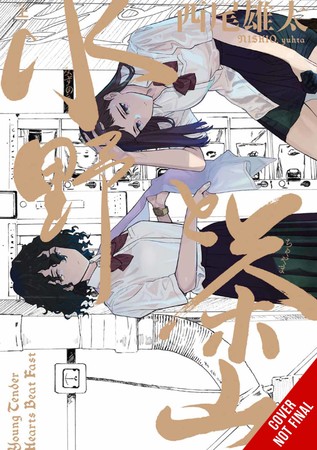 Title: Mizuno & Chayama manga
Creator: Yuhta Nishio
Summary: In a small town where water and tea are the residents’ livelihood, tensions are rising between a major tea company and the opposition party, who insist the company is polluting the water. Mizuno, whose father is the leader of the opposition party, and Chayama, the only daughter of the tea company’s owners, aren’t allowed to talk to each other—but even so, they continue to meet in secret… 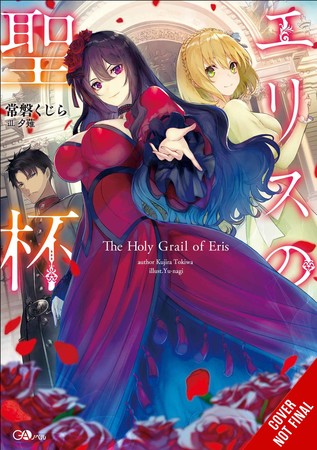 Title: The Holy Grail of Eris light novel
Creators: Kujira Tokiwa (story), Yuunagi (illustration)
Summary: Connie is a young noblewoman whose only standout quality is her sincerity. Maybe that’s why she loses her fiancée and gets framed for a crime in the span of one night. Just as all hope seems lost, the ghost of an infamous villainess who was executed years ago possesses her and clears her name. With her incomparable charisma and intelligence, the spirit of Scarlet Castiel turns the tables in the blink of an eye. In return, Connie insists that she help uncover the truth surrounding her new benefactor’s untimely death and a conspiracy that continues to this very day! 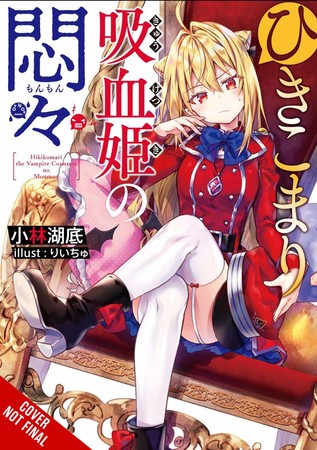 Title: The Vexations of a Shut-In Vampire Princess light novel
Creators: Kotei Kobayashi (story), riichu (illustration)
Summary: Shut-in vampire Terakomari, or Komari for short, awakens from her slumber to find she’s been promoted to a commander of the army! The thing is, though, her new squad has a reputation for being violently insubordinate. And although Komari was born to a prestigious vampire family, her hatred of blood has made her the picture of mediocrity—scrawny, uncoordinated, and inept at magic. With the odds stacked against her, will the help of her trusty maid be enough for this recluse to blunder her way to success? 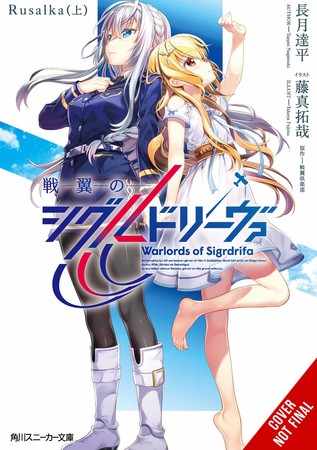 Title: Warlords of Sigrdrifa Rusalka light novel
Creators: Tappei Nagatsuki (story), Takuya Fujima (illustration), WAR WINGS CLUB (character design)
Summary: The arrival of mysterious invaders known only as the Pillars threatens to wipe out all of civilization. Humanity’s last hope rests in the hands of the Valkyries, young women bequeathed with supernatural aircrafts by the god Odin to send the Pillars back whence they came! A sky-high fantasy from the author of Re:Zero! 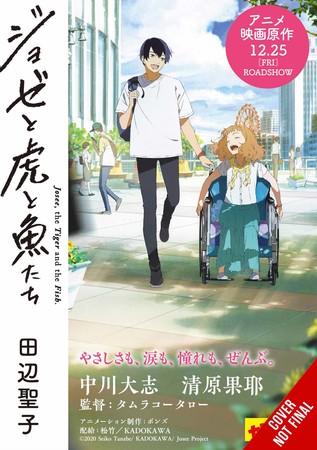 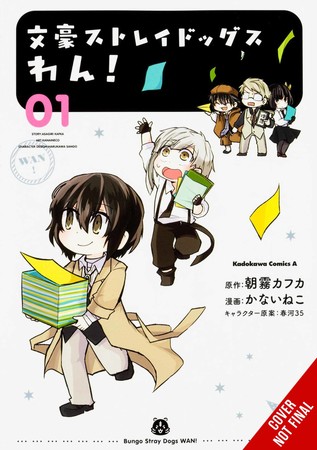 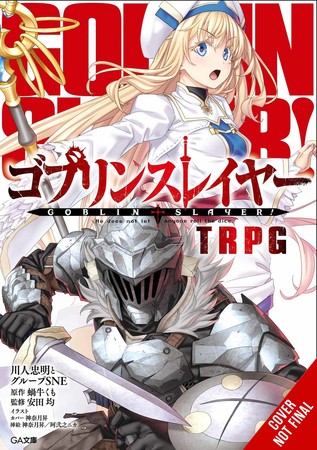 Title: Goblin Slayer Tabletop Roleplaying Game book
Creators: Tadaaki Kawahito and Group SNE (adaptation), Kumo Kagyu (story), Noboru Kannatuski (character design), Jun Yasuda (editorial supervision)
Summary: The Adventurers Guild has a long list of quests for you and your party: rescuing young maidens from ritual sacrifice, quashing a heretical ceremony in ancient ruins, and locating lost treasures within a crypt teeming with skeletons and specters! In this tabletop RPG set in the world of the Goblin Slayer series, you’ll find faithful reproductions of the various races and classes taken straight from the novels.

Episode 8 - The Case Study of Vanitas